After Yogi takes oath as UP CM, Oppn tears into BJP

While Mayawati boycotted the oath-taking ceremony, Sharad Pawar called for a grand alliance to counter Modi. 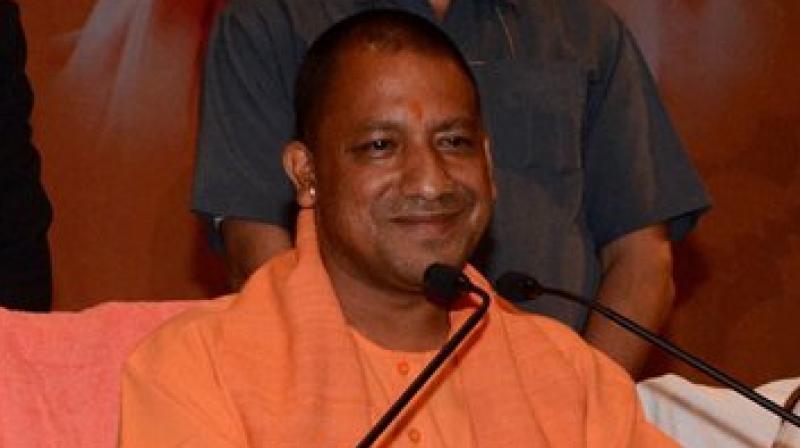 "BJP wants to contest the 2019 polls not on the issue of development, but by polarising the voters. That is why they have made an RSS man the chief minister of Uttar Pradesh," she told reporters here.

"I got the invitation but boycotted the oath-taking ceremony as the BJP has betrayed the backward castes and Brahmins by making him (Adityanath) the chief minister following the RSS agenda.

Kerala Chief Minister Pinarayi Vijayan termed Yogi Adityanath as the symbol of "communal violence and intolerance", and criticised the BJP for his elevation.

"Now we have Yogi Adityanath, who has charges against him for inciting communal tensions, being made the chief ministerof Uttar Pradesh. Yogi Adityanath has always been the symbol of communal violence, riots, intolerance and hatred," he said addressing a public meeting here this evening.

"The politics that he (Adityanath) championed was meant for doing away with whatever communal harmony that was left in Indian politics," the Kerala CM said.

Alleging that Adityanath had "spearheaded" a series of communal riots in 2007, Vijayan recalled that the saffron leader "had gone to the extreme of comparing (Bollywood actor) Shah Rukh Khan with Hafiz Saeed (Pakistani terrorist). He also spoke against Amir Khan and Mother Teresa."

The CPI(M) leader said Adityanath had also asked those who were reluctant to practice 'Surya Namaskar' to leave country for Pakistan.

He accused Adityanath of "triggering venomous communal campaign to bring Ayodhya issue back on top of the BJP's agenda."

Vijayan said Adityanath has always maintained some sort of a "contempt towards the politics that has highlighted dalits, backwards and minorities."

"(By) Making a person of such criminal background the Chief Minister of our largest state, the message BJP (wants to) send to the nation is that they will continue to try to capture power by resorting to communal riots.

"Only a party which has sheer contempt towards secularism and democracy can elevate such a person to the office of Chief Minister," the Left leader alleged.

The appointment of Hindutva posterboy Yogi Adityanath as the Uttar Pradesh chief minister will encourage communalism and put the unity and integrity of the country at risk, said senior NCP leader Tariq Anwar.

"It is unfortunate that Yogi Adityanath has become the chief minister of Uttar Pradesh. He has a fundamentalist image. His appointment as the CM would encourage communalism and put the unity and integrity of the country at risk," said Anwar in a statement which appeared to be a doomsday prophecy.

Anwar, a Lok Sabha member from Katihar and former union minister, said the BJP has now showed its true intentions andthe type of people it wants to promote by making Adityanath the UP CM.

"With Adityanath as the UP CM, BJP wants to vitiate the atmosphere of communal harmony by imposing its ideology in the country," he said echoing his party supremo Sharad Pawar's fears.

Talking to reporters earlier in Ahmedabad, Pawar had apprehended that with Adityanath becoming the UP chief minister, the communal politics would may get a boost.

Asked about the opposition alleging that the EVMs were tampered with, he said, "This has now become an issue. Even developed nations have shelved the use of EVMs and have now adopted the ballot paper. The issue should be considered seriously."

Pawar all like-minded parties need to come together to check the growth of the BJP as evident by its performance in the recent assembly elections in the five states.