India   All India  20 Apr 2017  ‘Faith of millions of Muslims in judiciary restored’
India, All India

‘Faith of millions of Muslims in judiciary restored’

Yogi Adityanath have been harping on the issue and urging the Muslim leaders to come forward and resolve the dispute. 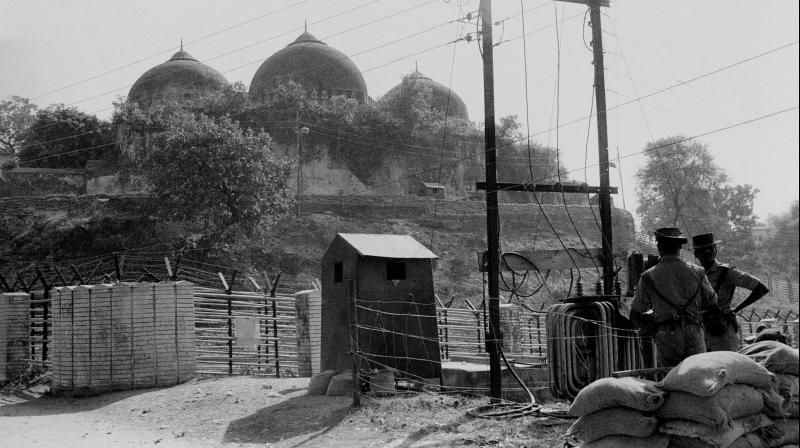 New Delhi/Lucknow: At a time when the saffronites are up against triple talaq and cow slaughter, the Muslim bodies welcomed the Supreme Court’s decision to revive conspiracy charges against the BJP heavyweights, ranging from the architect of Ram Janmabhoomi movement L.K. Advani to the saffron hawks, Uma Bharti and Viinay Katiyar.

The famous photograph of the saffron sanyasan, Ms Bharti, holding on to Murli Manohar Joshi, smiling gleefully as the kar sewaks, allegedly demolished the disputed structure on December 6, 1992, yet again resurfaced on TV screens on Wednesday, as the top court gave the signal to level conspiracy charges against her and all the co accused.

Some leaders of the minority community had been upset with the Supreme Court’s recent suggestion for an out of court of settlement to resolve the Babri dispute. Latching on to the apex court’s suggestion, the BJP, RSS and Uttar Pradesh chief minister Yogi Adityanath have been harping on the issue and urging the Muslim leaders to come forward and resolve the dispute.

Khalid Rasheed Firangi, member of Muslim Personal Law Board, on Wednesday said; “Faith of millions of Muslims has been restored in the judiciary by reviving the case against conspirators.” He added; “We welcome the SC decison. We had been waiting for this for the last 25 years.” For him, the justice might be delayed, but, “there’s a silver lining and renewed hope that charges will be framed against those responsible for the demolition of Babri mosque.”

The member felt that the SC ruling has come “as a respite” for the minorities when the community was “feeling low and was under the impression that everything was going against them. He said, “Government is welcome to ban cow slaughter but innocent people should not be targeted.”

Dr Ilyas, joint convenor Babri Masjid committee, All India Muslim Personal Law Board (AIMPLB), said that the case was now reaching its logical conclusion. “It was a crime of national shame, yet no action was taken against all those who were involved,” he said. Dr Ilyas can now hope that the accused “will finally be convicted.”

Welcoming the Supreme Court order, Zafaryab Jilani, convenor of the All India Babri Masjid Action Committee and a lawyer for the Sunni Waqf Board in the Babri case, pointed out that the case was solely concerned with the conspiracy that led to the actual demolition and was far more serious than the title suit.

“The SC’s verdict has strengthened secularism and I hope that the accused get the punishment they deserve”, he said.

Mr Zafaryab Jilani said that the case against the conspirators should be taken to its logical conclusion. He explained that this case was solely concerned with the conspiracy that led to the actual demolition and was far more serious than the title suit. Mr Jilani observed that the SC decision has “strengthened secularism.”