India   All India  20 Apr 2018  Marriage proposals flood in for Geeta
India, All India

Marriage proposals flood in for Geeta

Deaf-and-mute girl who returned from Pak gets over 100 offers. 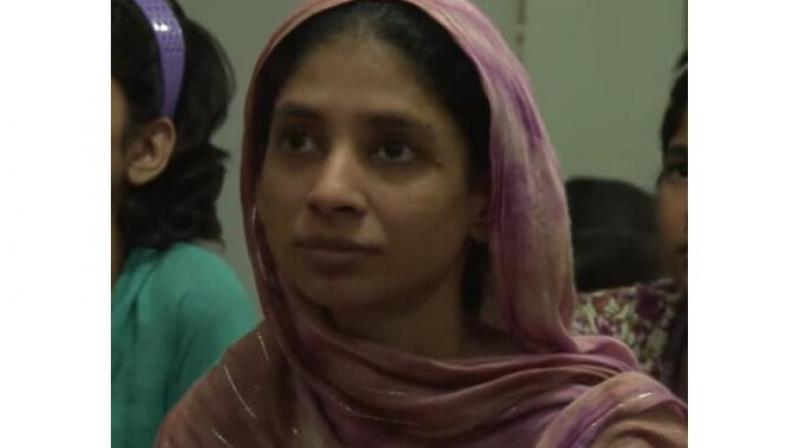 Bhopal: A rumour that the Government of India was offering “dowry” for marriage of Geeta, a deaf-and-mute girl who returned from Pakistan after accidentally landing in that country when she was a child, has led to flooding of marriage proposals for her.

A social organisation, “approached” by foreign affairs minister Sushma Swaraj to find a suitable match for Geeta, currently given shelter in the deaf and dumb rehabilitation centre, Indore, has received more than 100 offers from youth across the country willing to tie knot with her.

There is no such proposal either by the Centre or by the MP government “till date” to offer incentives to the youth who marries Geeta, a senior Indore district officer told this newspaper on Thursday.

“We have sought proposals through social media from suitable candidates willing to marry Geeta two weeks ago. Our Facebook page opened for the purpose has been flooded with proposals from youths from various parts of the country to marry Geeta.

However, we could sense that many greedy youths have offered to marry her following rumours that Government of India was offering job, house and a car to the couple after their marriage”, Indore-based sign language expert Gyanendra Purohit, who had played a key role in identifying Geeta given shelter in Pakistan by a local social worker, as an Indian girl, told this newspaper on Thursday.

“But, we have found a number of normal boys have offered to marry Geeta raising our suspicion that they simply want to grab her property following rumours of incentives by the Centre for her marriage”, he disclosed.

“We have become vigilant in scrutinising the marriage proposals now”, he added.

According to him, marriage proposals found suitable after careful scrutiny would be sent to Ministry of External Affairs for further scrutiny.

It would finally be left to Geeta to choose her life partner after scrutiny of the proposals, he said.