India   All India  20 Apr 2020  Don't be in a hurry to declare Goa coronavirus-free: Congress to BJP
India, All India

Don't be in a hurry to declare Goa coronavirus-free: Congress to BJP

Data released by the government showed only 826 samples were sent for testing, of which reports of 780 patients have been received 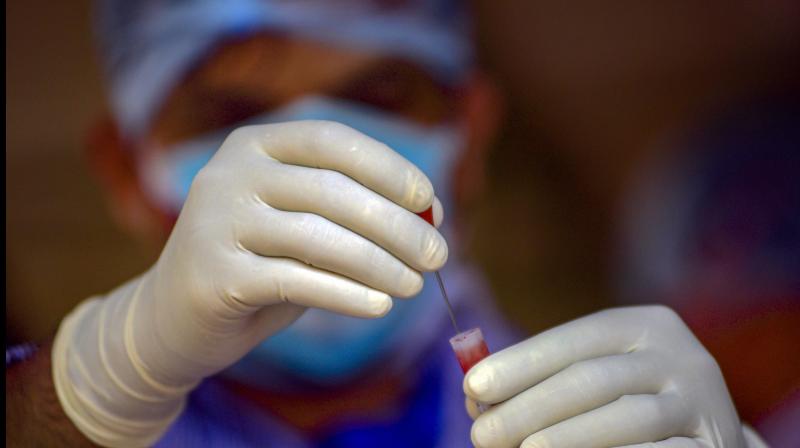 A medic works on a sample for COVID-19 Rapid Test at a camp during the nationwide lockdown imposed in a bid to contain the spread of coronavirus. PTI photo

Panaji: The Goa government should not rush into declaring the state as "coronavirus free" as only 0.04 per cent of the population has been tested, state Congress chief Girish Chodankar said on Monday.

On Sunday, the Pramod Sawant government had announced that all seven COVID-19 patients had recovered and that there were no active cases in the state at present.

"Data released by the state government on Sunday showed only 826 samples were sent for testing, out of which reports of 780 patients have been received till date. The state government should not hurry in declaring Goa coronavirus free. This data shows only 0.04 per cent of Goa's 16 lakh people have been tested between March 22 and April 19," said Chodankar.

He said the BJP government in the state has claimed that 7,000 staff completed surveying 3.66 lakh houses in 24 hours, adding that "these statistics raise doubts on the authenticity of the health survey".

"The state government data shows 1794 persons are home quarantined, 202 are facility quarantined and around 162 are in hospital isolation, which works out to 2158 persons. However only 780 people have been tested in the last 28 days. So the government must explain why all 2158 were not tested," he added.