India   All India  20 Apr 2020  Telangana lockdown to continue till May 7
India, All India

Telangana lockdown to continue till May 7 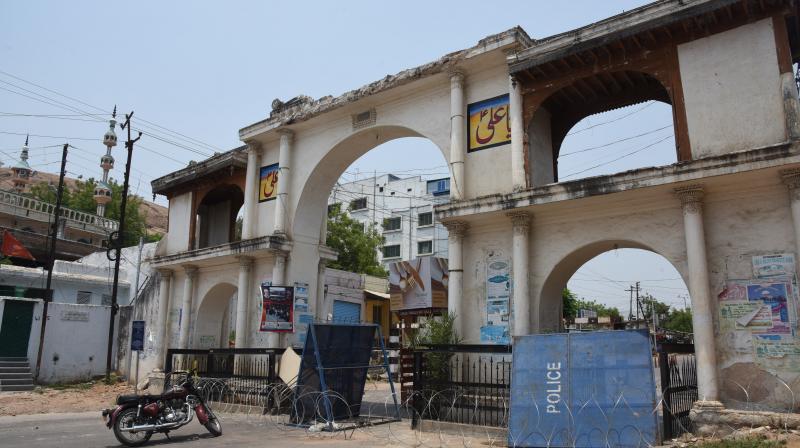 Hyderabad: Chief minister K Chandrashekar Rao on Sunday extended the lockdown in Telangana till May 7 to contain the spread of the coronavirus.
The government said many of the relaxations announced by the central government would not be implemented in the state.

He said the Cabinet will meet on May 5 to take stock of the situation with regard to the lockdown.

He said although airlines were likely to restart domestic services from May 4, no domestic flight would be allowed in Telangana till May 7.

He requested the people of other states not to come to Telangana state till May 7.

Addressing a press conference after the Cabinet meeting, the chief minister said, “Though the Centre has announced certain concessions to various sectors from April 20, as far as Telangana is concerned there is no question of any kind of relaxation. The Cabinet discussed all factors including the present status of the disease. It is a very clear and unambiguous decision based on ground realities.”

The chief minister clarified that under the Epidemic Disaster Management Act, the state government has powers on par will the Centre to act according to the situation. The Centre in its recent advisory had made it clear that state governments and Union Territories were at liberty to pass orders and take decisions divergent from those taken by the Centre.

Chandrashekar Rao said the guidelines that were announced when the lockdown was first implemented would continue, including the night curfew and social distancing.

He announced that food delivery services like Swiggy and Zomato would be banned from Monday till the end of the lockdown. This decision was taken on the back of the Delhi incident where 69 people were quarantined after a delivery executive tested positive.

The chief minister said the cabinet decision to extend the lockdown was taken after extensive surveys carried out by the government and the media showed that an overwhelming majority of people were in favour of continuing the lockdown.

“About 95 per cent of the people contacted during the survey were firm on continuing with the lockdown in the interest of the people,” he said.

The chief minister said, “I myself spoke over the telephone to a cross-section of society across the state including lawyers, doctors, farmers, youth and labourers. All of them were unanimous in stating that the lockdown should continue.”

He said that during his conversations they asked if the incidents of infection had gone down to justify the lifting or easing of lockdown norms.

He said the relaxations which were announced for the pharma industry, rice, flour and dal mills will continue.

The chief minister, while appreciating the people’s cooperation to the efforts of the government to contain the Covid-19 pandemic, appealed the people to extend similar cooperation and support till May 7.