India   All India  20 May 2017  Capacity of sewage treatment enhanced in towns along Ganga
India, All India

Capacity of sewage treatment enhanced in towns along Ganga

Mr Modi held a thorough review meeting of his pet project of cleaning the river Ganga on May 18. 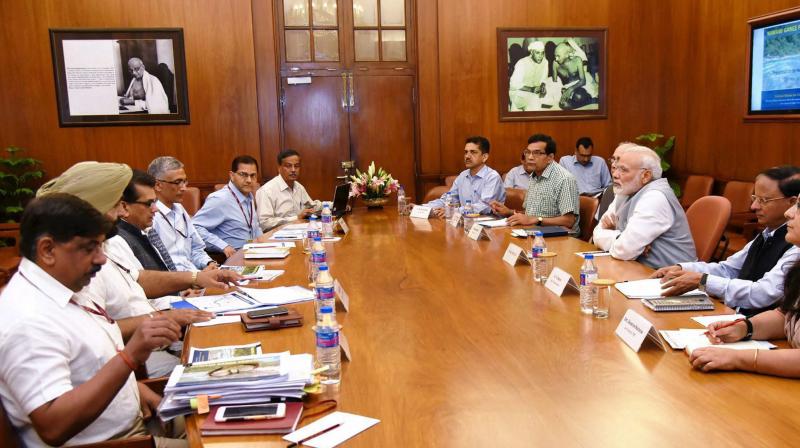 New Delhi: Intensive monitoring and inspection of grossly polluting industries situated near the river Ganga has been taken up, while sewage treatment capacity in towns along the river has been enhanced substantially, Prime Minister Narendra Modi was told during a review meeting of the Centre’s ambitious “Namami Gange” project.

Mr Modi held a thorough review meeting of his pet project of cleaning the river Ganga on May 18, after the National Green Tribunal (NGT) had in February this year, rapped several government agencies involved in the project for “wasting public money” in the name of cleaning the project.

It was the first review meeting of the “Namami Gange” project after the BJP came to power in both Uttarakhand and Uttar Pradesh, the two major states through which the river passes. It originates from Gomukh in Uttarakhand.

Earlier till February this year, Uttarakhand and Uttar Pradesh were ruled by Congress and Samajwadi Party respectively and there were accusations that they did not cooperate with the Centre over the project.

According to sources privy to the development, the Prime Minister is learnt to have taken a serious view of the fact that there have been lapses in the project, and asked the concerned departments and officials to tighten their belts and expedite the work of cleaning the river.

On February 6, 2017, the NGT’s bench headed by its chairperson Justice Swatanter Kumar had pulled up the Central Pollution Control Board (CPCB) along with other government agencies for not doing their job properly.