Zaidi rubbished the Aam Aadmi Party's claim that EVMs could be tampered with, and said no manipulation of the machines is possible. 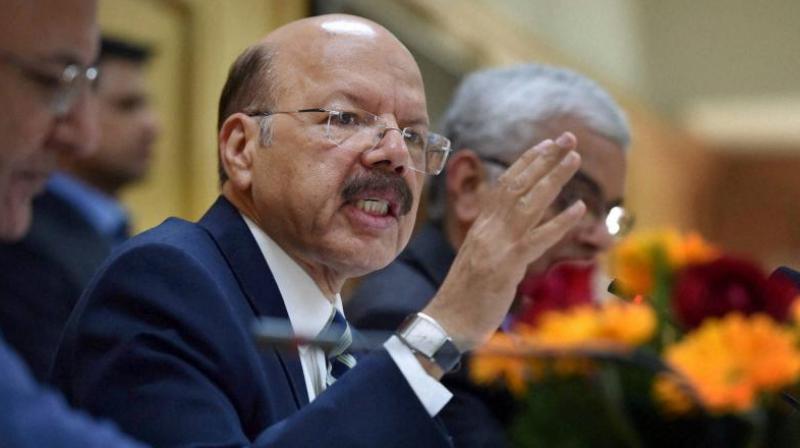 New Delhi: The challenge to prove that EVM cannot be tampered with will start from June 3, the Election Commission announced on Saturday, asserting that the machines are tamper-proof.

The announcement came over a week after the Election Commission threw down the gauntlet to political parties to prove that the Electronic Voting Machines (EVM) used in the recent assembly polls were tampered with.

He said people who had questioned reliability of EVMs have not yet submitted any proof or credible material to support their claim.

Zaidi said replacement of the internal circuit of EVMs is not possible at all.

"Our EVMs have strong technological features and are tamper-proof," he said.

Zaidi rubbished the Aam Aadmi Party's claim that EVMs could be tampered with, and said no manipulation of the machines is possible.

He also said that improving the election process is a responsibility of all stakeholders and the EC is taking all necessary steps in this regard.

Several major opposition parties had claimed that the faith of people in the machines has eroded.

The BSP and AAP had alleged that the machines used in the recent assembly elections in Uttar Pradesh, Uttarakhand, Manipur, Goa and Punjab were tampered with and favoured the BJP. Later, several other parties had joined the chorus and waned the EC to revert to paper ballots.

The EC has already announced that it will ensure paper trail of voting in all future elections to the Lok Sabha and state legislative assemblies.