India   All India  20 May 2019  Dare not try and come anywhere near LoC: Indian Army to Pakistan
India, All India

Dare not try and come anywhere near LoC: Indian Army to Pakistan 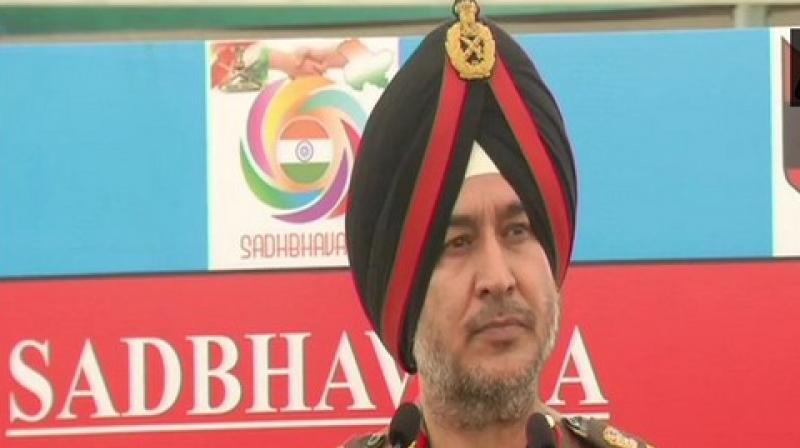 Udhampur: Lieutenant General Ranbir Singh, General Officer Commanding-in-Chief, Northern Command of the Indian Army on Monday lauded the air strike carried out by the Indian Army Force on a terrorist camp in Pakistan's Balakot earlier this year and told Pakistan to dare not try and come anywhere near the Line of Control (LoC) to carry out any actions.

"The action by the Indian Air Force on the February 26 for carrying out air strikes on Balakot terrorist infrastructure was indeed laudable. It was a major achievement wherein our aircraft went deep into enemy territory and struck terror launchpads. Pakistanis carried out their air operations very close to the Line of Control on the following day. However they were given a befitting reply," Lieutenant General Singh told media here.

"They dare not try and come anywhere across the Line of Control to carry out any kind of actions. Our deterrence, articulation of our military strategy has been absolutely clear. Should there be any misadventure by the Pakistan armed forces, they shall always be given a befitting reply. I wish to assure you, the Indian armed forces have the capability, the resolve and operational plans absolutely geared up to take on any challenge from Pakistan whenever it arises," he added.

He further informed that Pakistan has continued its "anti-India" activities.

"The security situation in Jammu and Kashmir is under control. As far as we are concerned, we have a line of actual control with China where we have been able to ensure peace and tranquility... As regards the Line of Control with Pakistan is concerned, Pakistan has continued with its activities, which are mainly anti-India. Whether it is promoting cross border infiltration, ceasefire violations, drug trafficking, narcotics, circulation of fake Indian currency," he said.

"All their actions are actually working towards ensuring that the proxy war by them against India is continuing. But, I must assure you that our efforts to thwart each of these actions by them are in place and Pakistan is not able to succeed in their designs," he added.

As far as the hinterland is concerned, Lieutenant General Singh stated that security forces and the administration in the state should be credited for the "peaceful, fair and free (Lok Sabha) elections" held recently.

Further attacking Pakistan, he said that terrorist infrastructure continue to remain "intact in Pakistan-occupied Kashmir (PoK) and also in Pakistan."