India   All India  20 May 2019  Leopard beaten to death by villagers in Mandsaur district
India, All India

Leopard beaten to death by villagers in Mandsaur district

Two leopards were seen in the area and one of it got involved in a scuffle with the local villagers and got killed in the process. 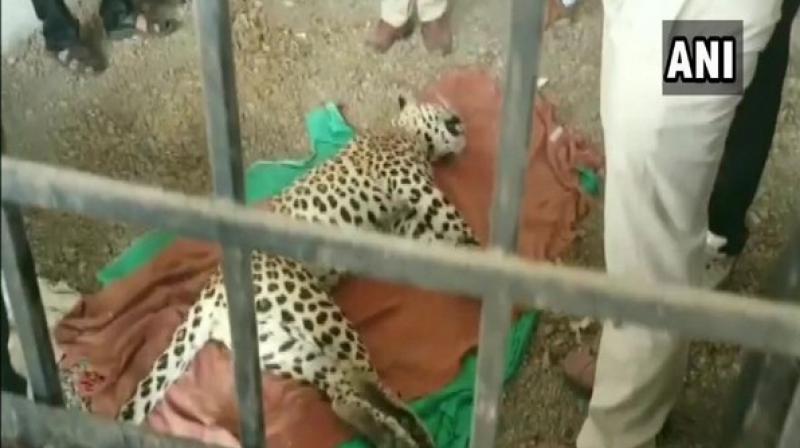 5 were reported injured and are all out of danger, according to the district health centre. (Photo: ANI)

Mandsaur: A leopard was beaten to death by villagers after it attacked five villagers in Fatehpur village within the district in Madhya Pradesh.

Two leopards were seen in the area and one of it got involved in a scuffle with the local villagers and got killed in the process. "When we got the news of leopard entering the village then I went there to photograph it. We were standing together; at that very time, it leaped up around 7 feet and attacked me. Some villagers then got together and caught the leopard with the help of a charpoy. Villagers killed it there and then by overpowering it," said a local person of the village.

"We came to the village to inspect the area after we the news of two leopards entering the village broke out. One of them was killed and one of them is still in the area. We are performing search operations in the area and will nab the other leopard soon," said a forest official.

"In the morning, five people came here after being attacked by a leopard. They are all out of danger now," said Dr. Rohit Kumar of the District Health centre.