In several states, public and private transport was back on the roads, shops opened and people started going to office after 57 days 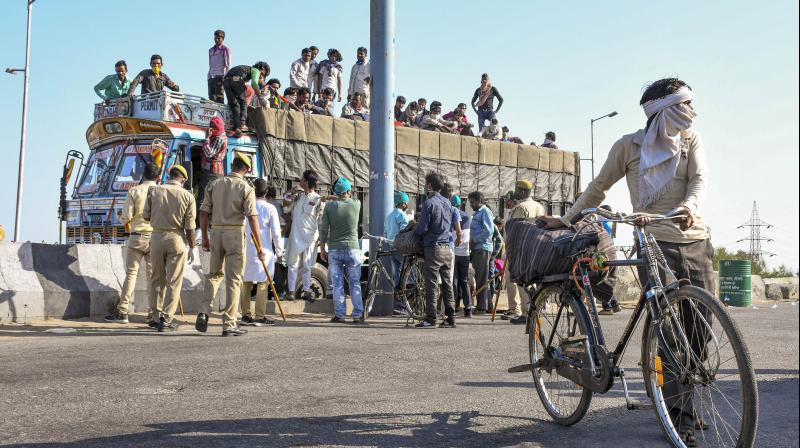 New Delhi: Life is several cities started inching towards normaility as coronavirus cases crossed the one lakh threshold in India on Tuesday. The Centre’s morning data showed 1,01,139 Covid-19 cases and 3,183 deaths overall, with 4,970 new cases and 134 deaths reported in the past 24 hours, while 2,350 patients recovered. In all, 39,173 people have recovered.

In several states, public and private transport was back on the roads, shops opened and people started going to office after 57 days. In states that relaxed rules for Lockdown 4, many went for walks in neighborhood parks, while domestic helps and construction workers were back at work. E-commerce was also active, with a surge in online orders for non-essential items. In cities like Delhi, where the Metro is still shut, the roads were crowded with cars and taxis.

With many migrant workers returning home, Covid-19 cases are rising in several states, including Uttar Pradesh, Bihar, Odisha and Jharkhand. More migrants are expected to return home in the days ahead.

The Railways said over 21 lakh people were sent to their home states through 1,595 “Shramik Specials”. A railway official said the state governments were paying for all these trains and no migrant was being asked to pay.

While the total cases have exceeded one lakh in eight weeks, the growth rate of active cases is three per cent, which means the doubling rate is 23 days, said economist Shamika Ravi, who is tracking the Covid-19 graph. She said it was important to understand this rate hadn’t changed in the past three days and a struggle was on to flatten the curve.

The health ministry said the recovery rate was improving continuously and was 38.73 per cent. Officials said of the active cases, only around 2.9 per cent were in ICUs.