Get ready for Manic Monday, June 1 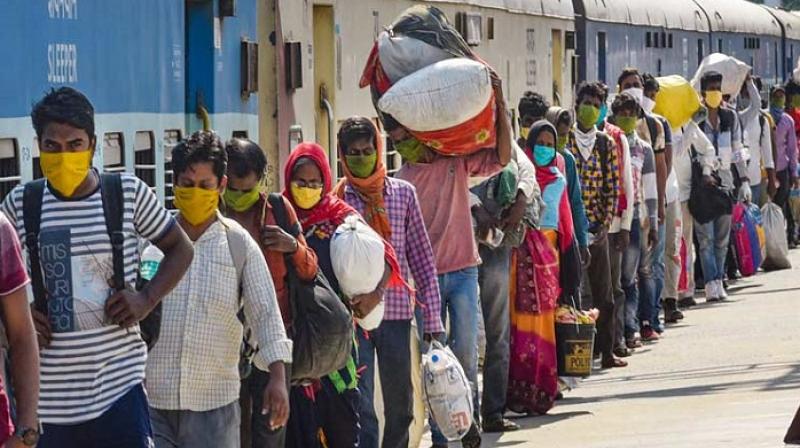 New Delhi: The Union Home Ministry is coordinating with states to ensure all health protocols and safety measures are in place before June 1 when more than 200 special trains would become operational for transporting migrant workers.

Since this would mean large scale movement of people to different corona affected zones, Home Ministry is not taking any chances to ensure proper health safeguards are in place before that.

Senior Ministry officials said Centre was keen that all stranded migrant workers and labourers should be transported back to their native places at the earliest possible because of which such major mobilisation of would be conducted by the Ministries of Railway and Home starting June 1.

On Tuesday Home Ministry hd in an important move announced that permission of the State where trains are to reach was not required any more. This, official added, would help further expedite and facilitate movement of stranded migrant workers.

They may request Ministry of Railways for running trains, as per requirement.

In addition, the Home Ministry had  released some new SOPs for movement of stranded workers by trains saying that Ministry of Railways would permit movement of Shramik Special trains in consultation with MHA.

It is under this arrangement that major movement of Shramik Special trains would be made operational from June 1.

All States and Union Territories have also been asked to designate nodal authorities and make necessary arrangements for receiving and sending such stranded persons.

Home Ministry is in touch with these nodal officers to ensure that all health protocols are put in place before the trains start running.

Further based on the requirements of States and UTs, the train schedule, including stoppages and destination would be finalized by the Railway Ministry.

The same would be communicated by the Railway Ministry to the States and UTs for making suitable arrangements for sending and receiving such stranded workers.