Javed Akhtar sought immediate arrest of Tanveer Peera Hashim for his controversial remark that cows would be slaughtered during Bakrid. 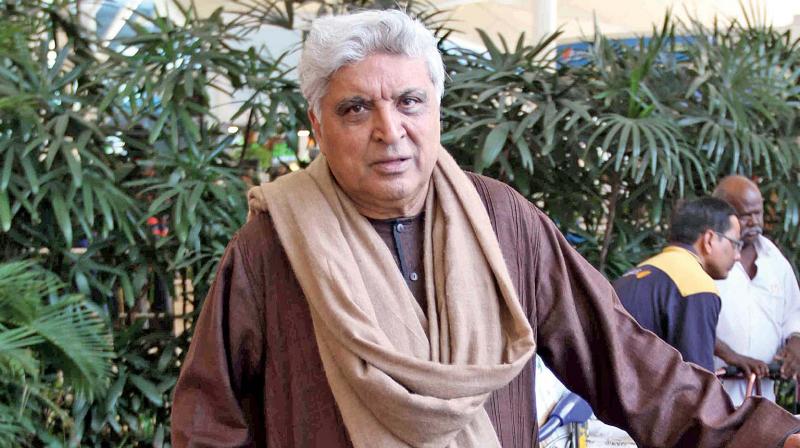 Bengaluru: Noted Urdu poet and lyricist Javed Akhtar on Wednesday sought immediate arrest of Karnataka cleric Tanveer Peera Hashim for his controversial remark that cows would be slaughtered during Bakrid, saying the comment was "irresponsible and outrageous."

The cleric kicked up a controversy with his remarks made in the presence of state minister Shivanand Patil during his sermons on the occasion of Ramzan prayer at Vijayapura in north Karnataka a few days ago.

The remarks sparked a row as cow slaughter is banned in Karnataka.

Tanveer Hashim is the head of Hashim Pir Dargah at Vijayapura, a popular Muslim shrine.

The video of his purported remarks has gone viral.

The minister chose to remain quiet after Hashim made the controversial remarks.

"Let me bring to your notice, in two months time there will be Bakrid. In the name of cow, this satan (devil) will do a mischief. I am telling you (the minister) this beforehand so as to ensure that with the cow another sacrifice does not happen," Hashim said in his speech in Urdu.

Condemning Hashim's remark, BJP Spokesperson S Prakash told news agency PTI that it is a "pragmatic counter remark" made by Akhtar and the coalition JD(S)-Congress government should wake up and book a case against the cleric immediately. The government has a very partisan attitude towards communal speeches made by minority clerics or people, he alleged.

Prakash also questioned the "double standards" of the JD(S)-Congress coalition government, asking why it should have different yardsticks for party MLA and former union minister Basavaraj Patil Yatnal and Hashim.

"Both JD(S) and Congress call themselves secularists. Why are they silent? When the government can book a case against Basavaraj Patil Yatnal, why not the cleric? Why these double standards? It is certainly questionable," he said.

RSS ideologue Ratan Sharda said he does not expect any action from the Congress when in the past they haven't been able to stop Mani Shankar Aiyar from making controversial remarks.

"When they could not stop Mani Shankar Aiyar from making useless comments, so how can we expect them to take action against the minister (Patil) and the cleric? They will never do it," he said.

The cleric's remarks came days after a purported video of Yatnal asking corporators to work only for Hindus, who voted for him, and not for Muslims, went viral on social media.