He has been accused of destruction of firearms used in the commission of the offence. 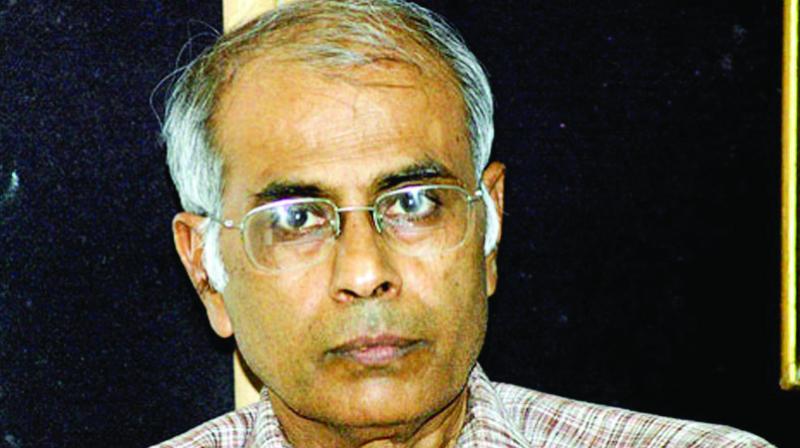 CBI had, on June 19, moved an application in the court, seeking five days custody of Punalekar. (Photo: File)

Pune: A Pune Sessions court on Thursday sent advocate Sanjeev Punalekar to CBI custody till June 23 for questioning in connection with the murder of rationalist Narendra Dabholkar in 2013.

He has been accused of destruction of firearms used in the commission of the offence.

Punalekar, who has been advocating for many right-wing accused in different cases, came under CBI radar when Sharad Kalaskar, a person who had allegedly shot Dabholkar, confessed that the former had helped him dismantle the weapons he had used to commit the offence.

CBI had, on June 19, moved an application in the court, seeking five days custody of Punalekar.

The matter came up for hearing today before Additional Sessions Judge RN Panday.

During the course of proceeding, Senior Public Prosecutor (SPP) Prakash Suryavanshi said that the agency wants to confront the accused with the information gathered during his judicial custody.

Punalekar was in judicial custody from June 4 till now.

According to the probe agency, the other accused in the case Virendrasinh Tawade, Prakashrao Andure and Sharad Kalaskar--are followers of Sanatan Sanstha, an organisation who used to oppose the teachings of Dabholkar's Andhashraddha Nirmulan Samiti (ANIS).

He said that there was a mention of a Sadguru (Godman) in the documents. There was a letter addressed to the main conspirator of the case and ANIS, SPP said.

"We have recovered another letter which was addressed to Dabholkar in 2012. Also, a chapter named 'Dabholkar' was recovered from the laptop. We want to know what it is for," Suryavanshi added.

In the application moved in the court yesterday, the probe agency had contended that the case has "national and international ramifications" as it is connected to three other murder cases.

Dabholkar was shot dead by bike-borne assailants while returning home from a morning walk on August 20, 2013.