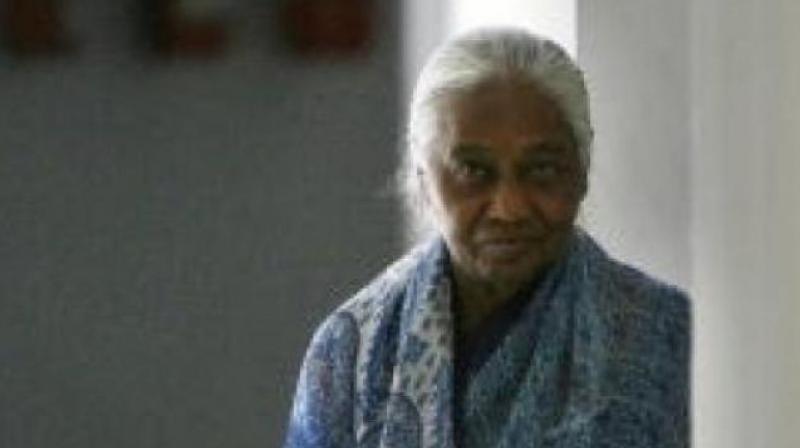 Bhopal: Thanks to the Internet, a 94- year-old woman from Maharashtra who had gone missing four decades ago has been reunited with her family.

Unfortunately, when Panchubai, the woman, reached her grandson's house in Nagpur three days ago, she could not meet her son. He had died three years ago.

Sometime in 1979-80, a truck driver spotted a woman, clueless and in a pitiable condition, walking along a road in Madhya Pradesh's Damoh district.

"She had been stung by honeybees and could not speak coherently," Israr Khan, the truck driver's son, told PTI.

Khan's father took the woman home and she began to live with his family. Israr himself was a baby then.

"We called her Achchhan Mausi. She was mentally unstable and used to mutter in Marathi which we could not understand," he said.

"I sometimes asked her about her family, but she could not tell anything," he said.

Khan also wrote about her on Facebook, but it did not lead to anywhere.

"She used to talk about a place called `Khanjma Nagar'. Google search of the name yielded no result. Then on May 4 this year, as we were at home amid lockdown, I again asked her about her hometown," he said.

"This time she spoke about a place called Parsapur. We googled it and found that there is one Paraspur in Maharashtra," Khan said.

On May 7, he contacted a man called Abhishek who runs a shop in Paraspur and told him about the woman.

Abhishek, who belongs to the Kirar community, told him that there is a village called Khanjma Nagar near the town.

"I sent him Mausi's video at 8:30 pm on May 7, which he shared on a WhatsApp group of the Kirar community. I received a phone call from Abhishek around midnight, saying the woman had been identified and her relatives traced," Khan said.

A video of the old woman was sent to Prithvi Bhaiyalal Shingane, Panchubais grandson who lives in Nagpur. The Shingane family was astounded. They were eager to bring her home, but the wait was not yet over as lockdown was in force.

"We are natives of Khanjma Nagar in Achalpur tehsil in Amravati district of Maharashtra, but the family shifted to Nagpur about five decades ago," he told PTI.

"In 1979, my father brought my grandmother to Nagpur for treatment of her mental ailment from Khanjma Nagar. The doctors were optimistic about curing her. But one day she left home in the evening, telling neighbours that she was going to her father's place, and disappeared for ever," he said.

"My father searched for her for years without success. He died in 2017. It would have been so much better if I had found her three years ago," Shingane added.

"At the age of 94, my grandmother is still in good health thanks to the Khan family who looked after her for such a long time," he added.