He was being interviewed by a Hindi news channel. 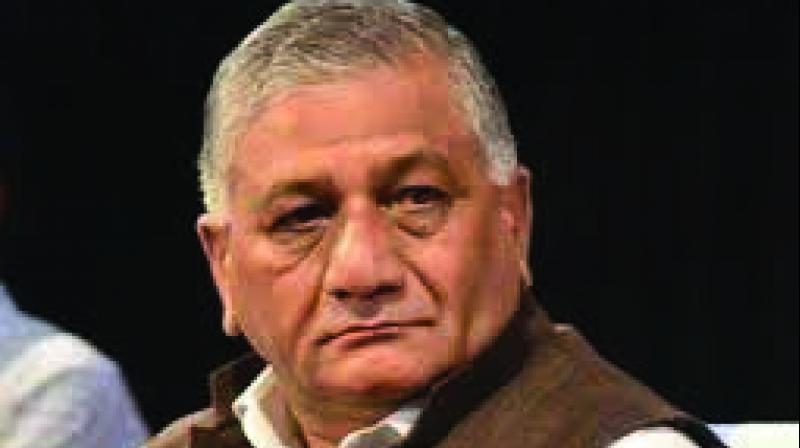 New Delhi: Minister of State for Road Transport and Highways and former Army chief Gen VK Singh claimed on Saturday that even India had returned Chinese soldiers, who had crossed over to our side during clash in Ladakh's Galwan Valley on June 15.

In an interview to a Hindi news channel, the minister said that during the clash some Indian soldiers had crossed over to their side and some Chinese soldiers crossed over to our side. He said that he had seen media reports saying that China has returned our soldiers.

"Similarly, we returned their men (Chinese soldiers) who had come to our side," said Gen Singh. He said if 20 Indian soldiers were killed, more than double the number of Chinese soldiers would have also been killed.

China had released 10 Indian soldiers, including four officers, on Thursday evening who were captured by it during skirmish in Ladakh’s Galwan Valley on June 15.

Some 20 Indian soldiers, including 16 Bihar’s Commanding Officer Colonel Santosh Babu,  were killed and 76 others injured during the bloody clash with Chinese soldiers in Galwan Valley on Monday night.

The Indian outnumbered soldiers were attacked by Chinese soldiers using sticks with barbed wires, iron rods and stones. The clash started when a party led by Colonel Babu had gone to ask Chinese to remove a tent at the Patrolling Point 14 in Galwan area, which is at a height of 14,000 feet, and within Indian territory.