India   All India  20 Jun 2020  Indian government clarifies: PM meant there are no Chinese on our side now
India, All India

Indian government clarifies: PM meant there are no Chinese on our side now

Government adds that any attempts to transgress the Line of Actual Control would be dealt very firmly. 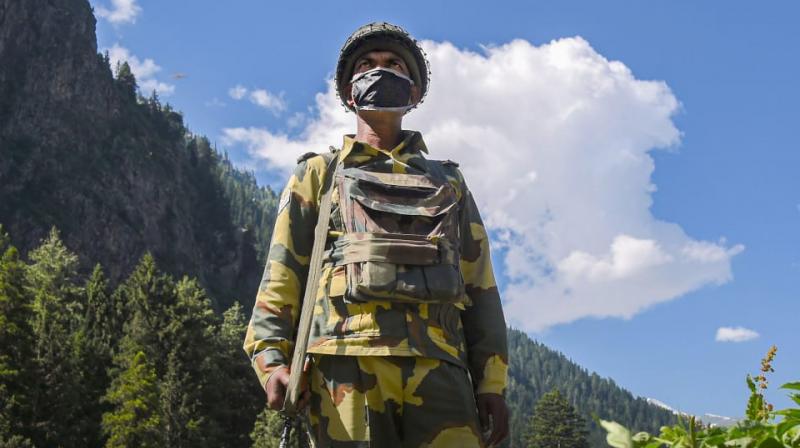 The government of India on Saturday issued a clarification to Prime Minister Narendra Modi's statement denying Chinese intruders on the Indian side of LAC, stating that his statement "pertained to the situation following bravery of armed forces", referring to the deaths of 20 soldiers in the Galwan Valley skirmish with China.

The focus of the PM's remarks at all-party meeting was the events at Galwan that led to loss of lives of 20 soldiers, the government statement said, adding that any attempts to transgress the Line of Actual Control would be dealt very firmly.

"The words of the PM that those who tried to transgress were taught befitting lesson by our brave sons succinctly summed up ethos of armed forces," the government clarified.

Further, the government hailed the Indian Army, saying that the sacrifices of soldiers foiled the attempt of Chinese side to erect structures and "cleared attempted transgression in Galwan on June 15".

Tagging PM's remarks with his tweet, Gandhi said, "PM has surrendered Indian territory to Chinese aggression." "If the land was Chinese: 1. Why were our soldiers killed? 2. Where were they killed?" Gandhi said.

The government statement also noted that "unnecessary controversy" was being created and "mischievous interpretations" were being assigned to PM's remarks, hinting at the criticism coming from the Opposition quarters.