India   All India  20 Jun 2020  PM: No one entered Indian territory, no one captured Indian post
India, All India

PM: No one entered Indian territory, no one captured Indian post 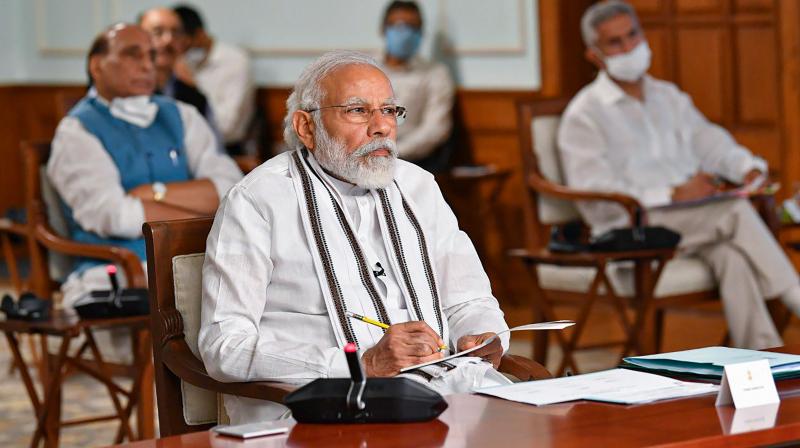 Prime minister Narendra Modi during an all-party meeting to discuss the situation along the India-China border via video conferencing in New Delhi. (PIB)

New Delhi: Prime minister Narendra Modi on Friday revealed to an all-party meeting that no Chinese troops had entered Indian territory nor had they taken control of any Indian posts on the Line of Actual Control in Ladakh.

In his video conference with leaders of several, not all, political parties, the prime minister said the Indian Army has been given “freedom” to deal with whatever it was that happened on Line of Actual Control in which 20 Indian soldiers were killed by the Chinese People's Liberation Army on the night of Monday, June 15.

At the same time, New Delhi also “conveyed its position clearly to China through diplomatic means”.

He added that the soldiers who made the supreme sacrifice taught a “lesson” to those who dared to "look at India".

The four-hour most-party meeting was attended by opposition leaders like Sonia Gandhi, Sharad Pawar, Mamata Banerjee and Sitaram Yechury, among others.