This is not the first time that transgenders of Gorakhpur have delivered a slap on the system. 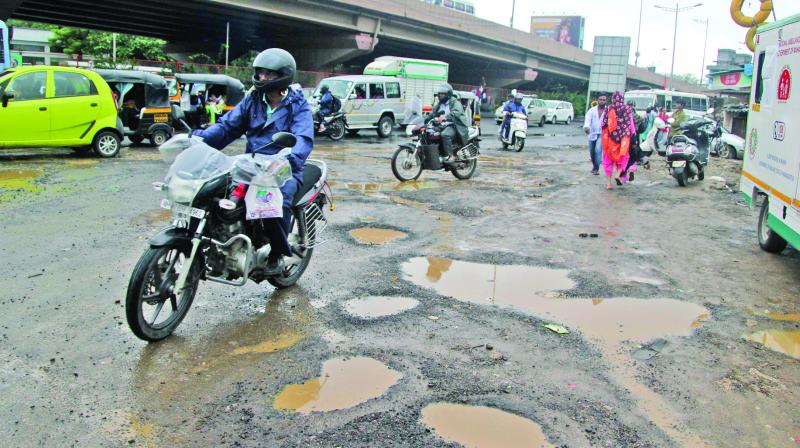 The local people said that the road in the locality had disappeared into potholes and their pleas had fallen on deaf ears. (Representational Image)

Lucknow: Transgenders did what the entire administration did not. After pursuing their case with the Nagar Nigam in Gorakhpur for over four years, the transgenders pooled in Rs 1 lakh from their earnings and got a 120-metre, nine-feet wide road constructed in Jangal Mata Deen locality.

Rameshwari said, “We got the road made with Rs 1 lakh and the municipal corporation had said that it would cost Rs 5 lakhs. For four years, we have been running from pillar to post but no one listened to our problem. Then we started saving money form our earnings and hired labourers and got a private engineer to help us in building the road.”

The local people said that the road in the locality had disappeared into potholes and their pleas had fallen on deaf ears.

“During rains, it was getting difficult to even move out of the house. Every day, there were accidents and people were falling off motorbikes,” said Rameshwari.

Asked why they did not approach chief minister Yogi Adityanath, who belonged to Gorakhpur, Rameshwari said, “Kya hota? He would have told the junior officials and they would have again sat over the matter.”

Gorakhpur mayor Satya Pandey, on the defensive now, said that though he had ensured the repair of the roads in Padri bazaar where most transgenders live, he did not know why the particular road was not repaired.

This is not the first time that transgenders of Gorakhpur have delivered a slap on the system.

In 2001, the people had elected Asha Devi, a transgender, as their mayor because they were “fed up with men and women who did not work”.

Recalling the incident, Dr L.K. Bagchi, a local medical practitioner, said, “ It was the common people who asked Asha Devi to contest the elections and got her elected with a huge margin. This was a slap on the face of the system.”