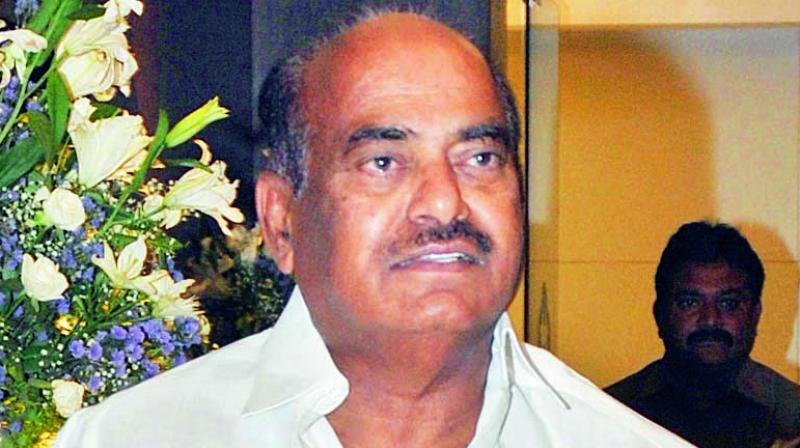 New Delhi: In a move that has raised eyebrows and drawn flak from some quarters, aviation market leader IndiGo on Wednesday said it had lifted the flight ban on Telugu Desam Party (TDP) MP J.C. Diwakar Reddy after a three-hour meeting over lunch during which the issue was “amicably resolved”.

The TDP MP was banned in mid-June, this year, by all domestic airlines from their flights for alleged misbehaviour at the Visakhapatnam airport before boarding an IndiGo flight.

He allegedly pushed an IndiGo staffer at the airport and misbehaved with airline staff. The airline on Wednesday said Mr Reddy too would be withdrawing the court case he had filed.

In a statement, IndiGo said, “Senior IndiGo officials today (Wednesday) met honourable member of Parliament Mr Diwakar Reddy, at a lunch hosted by senior MP Y.S. Chaudhary, to resolve the issue of Mr Reddy’s ban on IndiGo flights. The issue is amicably resolved between the two and IndiGo has decided to lift the said ban with immediate effect and Mr Reddy is withdrawing the case he has filed. The federation of Indian airlines has also been informed about the decision. IndiGo appreciates and thanks the member airlines for their continued support.”

Civil Aviation Minister Ashok Gajapathi Raju had said last month that he would “get the entire incident at Vizag Airport enquired into to find out the exact details and ensure that lawful outcomes follow”. The Minister had also maintained that he had not intervened in the matter, thereby contradicting the MP’s claim to a TV channel that he had done so. The Minister had also said CCTV footage available had revealed that the MP had lied to him about when he had reached the airport before the flight.