India   All India  20 Jul 2018  Fatalities due to potholes more than those in terror attacks: Supreme Court
India, All India

Fatalities due to potholes more than those in terror attacks: Supreme Court

The Supreme Court termed as 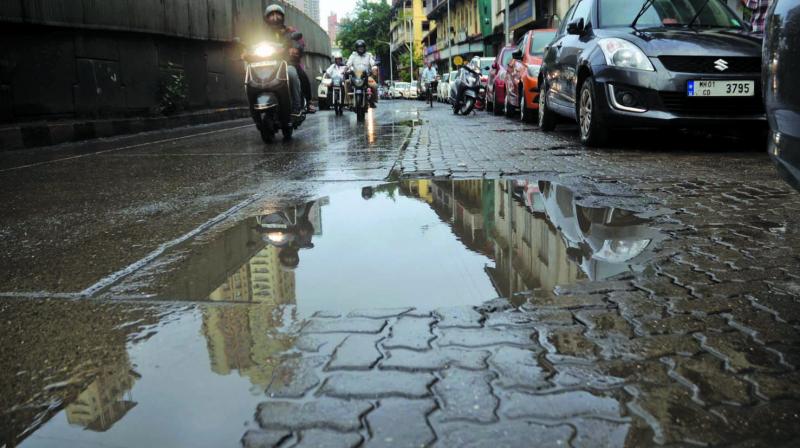 Persons who have lost their lives as a result of accidents caused due to potholes should be entitled to compensation.

New Delhi: The Supreme Court on Friday termed as "frightening" the deaths in accident caused due to potholes on roads across the country and said that number of fatalities in such incidents was more than those in terror attacks.

While hearing a matter related to road safety in India, a bench comprising Justices Madan B Lokur and Deepak Gupta also said that persons who have lost their lives as a result of accidents caused due to potholes should be entitled to compensation.

The bench said it was a matter of "common knowledge" that a large number of people have died in accidents caused due to potholes on roads and authorities, who were supposed to maintain the roads, were not doing their duties properly.

It asked the Supreme Court Committee on Road Safety, headed by former apex court judge Justice K S Radhakrishnan, to look into this "very serious issue" and file a report within two weeks.

"This is obviously a very serious issue and persons who have lost their lives as a result of accidents caused due to potholes should be entitled to compensation," the court observed. The bench also said the committee should give recommendations on potholes on roads as the issue was a part of road safety.

"It is frightening. It is about life or death," the bench said, adding, it was not known where one would find potholes on roads which would lead to fatal accidents. During the hearing, the bench also dealt with the issue of compensation paid to the victims of hit-and-run and road accidents.

A lawyer, assisting the court as an amicus curiae in the matter, told the bench that as per the existing scheme, Rs 25,000 was paid to a victim of hit-and-run accident in case of death and Rs 12,500 compensation was given to a person who was grievously injured in such accident.

He said that The Motor Vehicles (Amendment) Bill 2016, which revises the amount of compensation to Rs 2 lakh in case of death and Rs 20,000 for injury in road accidents, was tabled last year in the Parliament and it was passed by the Lok Sabha. Additional Solicitor General Pinky Anand, appearing for the Centre, said the Bill was pending in the Rajya Sabha.

The amicus told the bench that since the Bill was pending in the Rajya Sabha for almost a year, the Centre should frame a scheme to give more compensation to the victims of road accidents.

"Nobody can say that the Government of India cannot give Rs 2 lakh for deaths and Rs 20,000 for injury in road accidents even if the Bill is not passed or is pending," he said.

The bench asked Anand as to how long would the ongoing session of the Parliament would go on. Anand said that the Bill could be taken up in the Rajya Sabha during the ongoing Parliament session. "If it gets adjourned in the Parliament, we will look into it," the bench observed and posted the matter for hearing next month.

The Motor Vehicles (Amendment) Bill, 2016, was passed by the Lok Sabha in April 2017 and it was thereafter sent to the select committee of the Rajya Sabha, which had presented its report on December 22, 2017. The top court had earlier also raised the issue of deaths in accidents due to potholes on roads, particularly in Mumbai.

"In Mumbai, people are dying due to potholes in roads and the officials are counting potholes," the court had observed while hearing a matter related to sealing of unauthorised constructions in the national capital. The court had also said that according to reports, there were around 4,000 potholes in Mumbai.