The minister said the state government ordered to transfer Rs 6,000 in bank accounts of at least 69,000 flood-affected people on Friday. 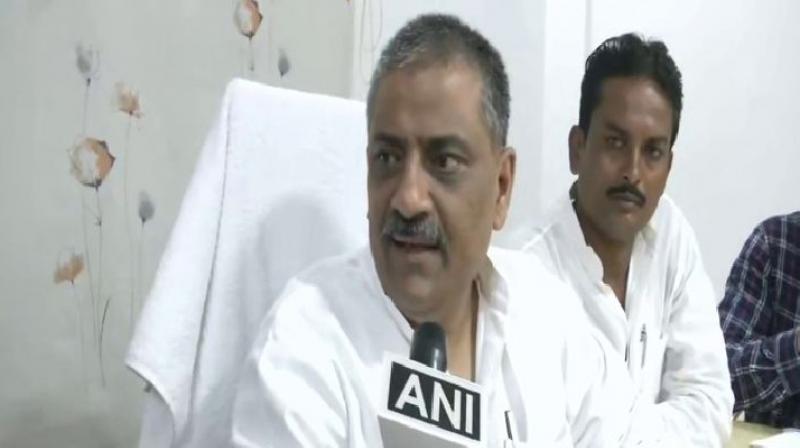 'Relief and rehabilitation work is underway in the state. Chief Minister Kumar is working hard to provide maximum aid to the flood-affected people in the state,' Jha said. (Photo:

Darbhanga: Justifying Chief Minister Nitish Kumar's aerial survey of flood-affected areas, Water Resources Minister Sanjay Kumar Jha on Saturday said that opposition parties have no common sense and hence they are questioning efforts to help out the rain-hit people in the state.

"Opposition parties are blaming us that we cannot take stock of the entire situation by conducting an aerial survey. They should have some common sense and think Chief Minister Nitish Kumar conducted an aerial survey to take a 360 degree stock of the situation. He cannot reach everywhere without a conveyance in this condition," Jha told ANI.

"Relief and rehabilitation work is underway in the state. Chief Minister Kumar is working hard to provide maximum aid to the flood-affected people in the state," he said.

The minister said the state government ordered to transfer Rs 6,000 in the bank accounts of at least 69,000 flood-affected people on Friday. Another 20,000 flood-hit families will be receiving the amount within the next two to three days.

Chief Minister Kumar on Friday had reviewed relief operations for flood-affected people in the state at a high-level meeting held in the Secretariat.

Earlier, Kumar had undertaken an aerial survey in five flood-affected districts -- Darbhanga, Madhubani, Sitamarhi, Motihari, and Sheohar. He has directed officials to expedite the rescue and relief operations.

According to Chief Secretary Deepak Kumar, at least 33 people have died due to flood across the state, while approximately 26 lakh people in over 12 districts have been adversely affected by the calamity.

As many as 221 relief camps have been established and about one lakh people are taking shelter in these camps. More than 700 community kitchens are being run, Kumar has informed.