Nine people were killed and several sustained injuries in an incident of firing over a land dispute at a village in Sonbhadra district. 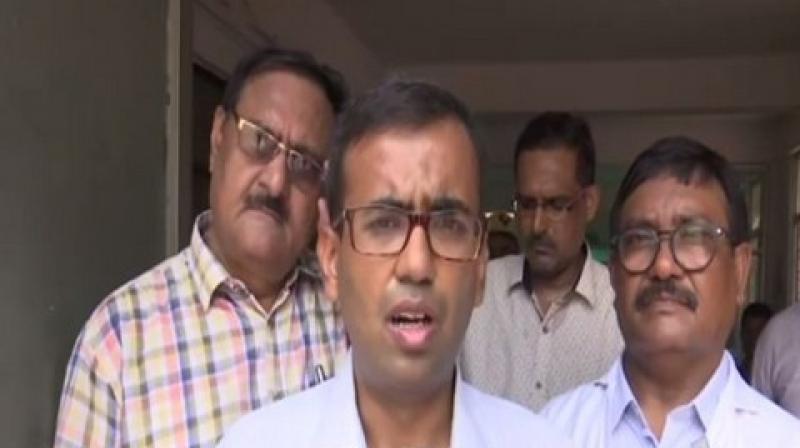 Sonbhadra: Sonbhadra District Magistrate Anil Agarwal visited the District Hospital on Saturday here to enquire about the those injured in the Sonbhadra firing case.

"Today we came to meet the injured people in the Sonbhadra firing case. 15 people are admitted to the district hospital. We have made arrangements to get their Ayushman Bharat card and are making all efforts to treat them well at the hospital and hope that they get well soon," Agarwal said.

"We have been farming on the land since our forefathers time. The controversy started after demonetization came into place around three years ago," said a farmer who sustained injuries in the Sonbhadra firing case.

Nine people were killed and several sustained injuries on July 17 in an incident of firing over a land dispute at a village in Sonbhadra district of Uttar Pradesh.

The incident took place in Ubbha village of Ghorawal when the pradhan went to take possession of his land purchased two years ago. However, he was met with opposition by the villagers which triggered firing by his aides leading to the death of nine people, including four women.

"The incident took place in a remote area in Ghorawal police station limits. Pradhan of Ubha village purchased 90 bigha land two years back. Today, he went with some of his aides to take the possession. Local villagers opposed. As a result, they opened fire causing the death of nine villagers including four women," Inspector General (Law and Order) Praveen Kumar said.

The injured were admitted to the district's government hospital.