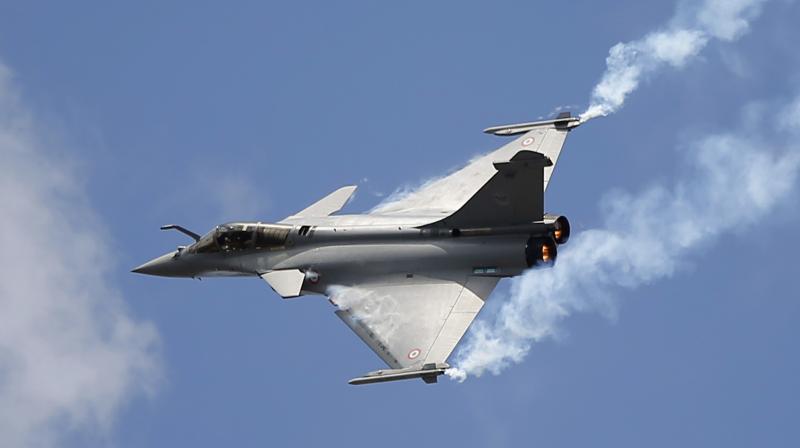 New Delhi: With air-power going to play a major role in any confrontation with China, top Indian Air Force commanders will meet this week to discuss  operational readiness  on the Line of Actual Control  and the  possibility of deploying Rafale jets in the Ladakh sector.

The top commanders of the Air Force will meet on July 22 for the two-day commanders' conference to focus on the operational issue, their preparedness, overall planning and assessment of the situation due to heightened tensions with China.

They will also discuss the rapid deployment and operationalisation of the Rafale fighter jets which will be armed with deadly Meteor and Scalp cruise missiles and are arriving in the country by end of this month from France.

The conference will be chaired by Air Chief Marshal RKS Bhadauria and will be attended by all seven of his commanders-in-chief. They will discuss the situation on the borders with China and the forward deployments done by IAF in the Ladakh and northern borders

Rafale jets, which are coming by the month-end, will give India an edge over China and Pakistan as they will be armed with the most advanced beyond visual range Meteor air-to-air missiles which have a range of upto 150 kilometers. Both Pakistan and China Air Force don’t have a missile to counter it. These Meteor air-to-air missiles will prove deadly during a dogfight.  Rafale fighters will also be armed with Scalp cruise air to surface missiles, which have a range of over 300 kilometers. The deliveries of both these missiles have already begun.