People who are completely bed-ridden, immobile or suffering from some terminal illness shall be eligible for home vaccination 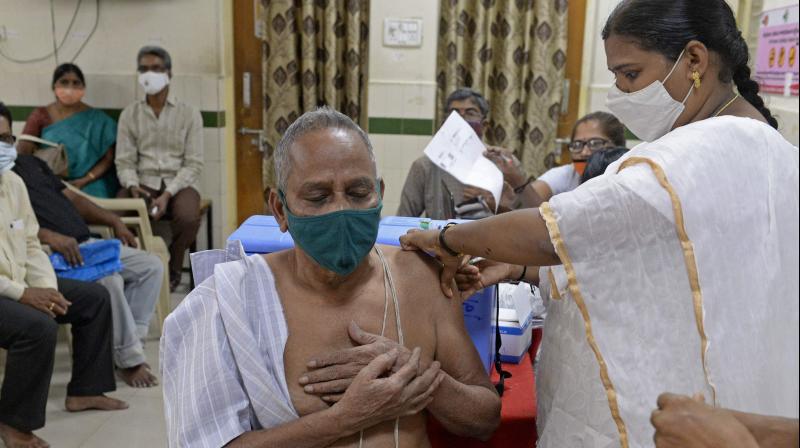 The HC said the home inoculation drive shall also include those bed-ridden and immobile people who have somehow managed to get the first dose of the vaccine. (Representational image: AFP)

Mumbai: The Maharashtra government and the Mumbai civic body told the Bombay High Court on Tuesday that they would start door-to-door vaccination against COVID-19 for bed-ridden and immobile people in the city as a pilot project from August 1.

The court expressed its satisfaction and said, The Union government did not rise to the occasion. However, the state government has risen to the occasion and today there is some light at the end of the tunnel.

Advocate General Ashutosh Kumbhakoni, appearing for the state government, told a division bench of Chief Justice Dipankar Datta and Justice G S Kulkarni that initially the plan was to start the home vaccination drive in Pune, but it has been changed to Mumbai considering the response received from such people.

Kumbhakoni told the court that the government has received 3,505 responses in Mumbai from people who are bed-ridden or immobile and hence, unable to travel to the vaccination centres.

He said a policy to this effect would be issued by the government and the home vaccination drive would begin from August 1 in Mumbai.

As per the policy, people who are completely bed-ridden, immobile or suffering from some terminal illness shall be eligible for home vaccination.

The court said the government and the Brihanmumbai Municipal Corporation (BMC) can begin the home vaccination drive for bed-ridden and immobile people from August 1, and a status report shall be filed by August 6 on its progress.

"We hope and trust that the state government and the BMC shall leave no stone unturned to ensure that the eligible bed-ridden and immobile individuals will also have the benefit of COVID-19 vaccine, the court said.

The HC said the home inoculation drive shall also include those bed-ridden and immobile people who have somehow managed to get the first dose of the vaccine.

Kumbhakoni said they will be included and the vaccines would be free of cost, as is being done in all government and civic-run hospitals.

The court was hearing a petition filed by two advocates, seeking a direction to the Union and state governments to start door-to-door inoculation against COVID-19 for senior citizens above the age of 75, specially-abled people and those who are bed-ridden and hence, unable to go to vaccination centres.