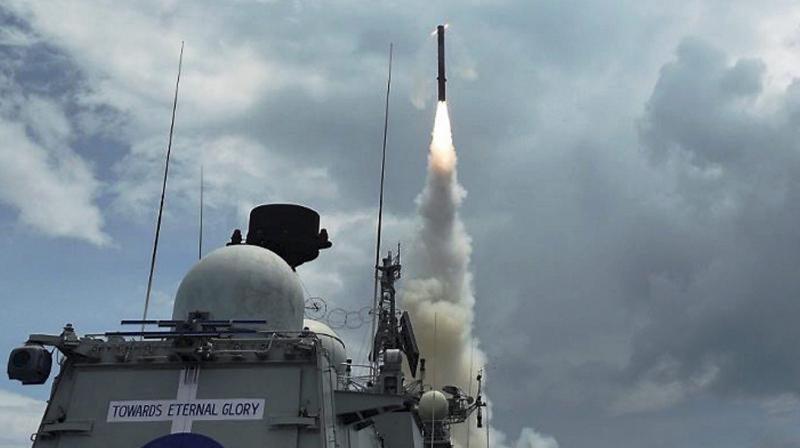 New Delhi: The government on Saturday said that the reports of India selling the lethal anti-ship cruise missiles, BrahMos, to Vietnam were “incorrect”. External affairs ministry spokesperson Raveesh Kumar said Vietnam’s foreign ministry had rejected the report, calling it incorrect. “It is not correct... that is what I am trying to say. The person who was quoted... the ministry (Vietnam) has already rejected, and they are saying that the news item out and running is incorrect,” he said.

India and Russia jointly produce the BrahMos missile and the former earlier held discussions with Vietnam for supply of the BrahMos missile. However, while there was no clear denial of the report by Vietnam’s foreign ministry in the public domain, the country said the comprehensive India-Vietnam strategic partnership was growing in many fields, including economics, trade, investment, culture, education, security and defence.

“The bilateral security and defence ties have been making practical contribution to peace, stability, cooperation and development in the region and the world, at large,” the Vietnamese spokesperson said, adding that Vietnam pursued a national defence policy of peace and of self-defence.

The spokesperson also added that “procurement of defence equipment by Vietnam is consistent with the policy of peace and self-defence and is the normal practice in the national defence. We will forward your question to the relevant agency.”

There was no comment available from the defence ministry on the issue. In February, minister of state for defence Subhash Bhamre, while replying to a question in Lok Sabha on whether the government had any plans to sell Akash and BrahMos missile to Vietnam, had said: “India and Vietnam share a strategic partnership. Defence cooperation, including supply of defence equipment, is an important aspect of this partnership…Both countries have held discussions on range of issues in this regard,” he had said in a written reply.

Vietnam, which is involved in a territorial dispute with China, is keen to get it hands on the supersonic missiles that can be fired on land, water and under water.