Dr Jagannath Mishra was considered a mass leader before the emergence Lalu Yadav in 1990s. 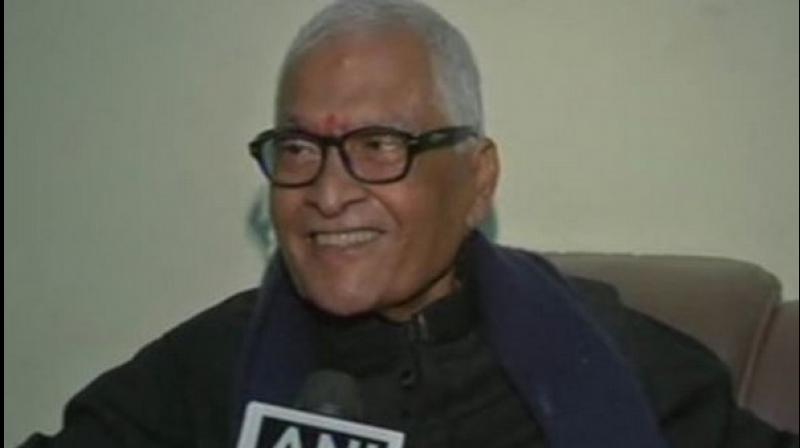 Patna: The Bihar government declared three-day mourning in the state as a mark of respect for the former chief minister Dr Jagannath Mishra, who passed away on Monday in New Delhi.

The 82-year-old political leader was being treated at a hospital in New Delhi where he breathed his last. “Dr Jagannath Mishra was a veteran political leader and an educationist. Bihar will observe three days of mourning as a mark of respect to him,” Bihar chief minister Nitish Kumar.

Doctor Sahib, as he was fondly referred to, served as the Bihar chief minister thrice. He also served as a minister in the Union Cabinet but left the grand old party and joined hands with JD(U). He also supported veteran political leader Sharad Pawar after he was expelled from the Congress in 1999.

Political analysts claim that Prime Minister Ind-ira Gandhi hand-picked him for the post of Bihar chief minister after the assassination of his elder brother Lalit Narayan Mishra who was a strong Congress leader to counter the negative perception that was created after the assassination of his elder brother. “He la-ter emerged as one of the strongest Congress leaders in Bihar in this own right,” an analyst said.

Observers also claim that before the emergence of socialist forces under Lalu Yadav in 1990s he was considered a mass leader and enjoyed massive support from Dalits and minorities in the state.

In 1982, Mishra faced huge uproar after the state Assembly passed the controversial Bihar Press Bill which was aimed at putting restrictions on the press. A nationwide protest, however, forced him to withdraw the bill exactly a year later.

Incidentally, he along with 44 others, including Mr Yadav, was convicted in the fodder scam case in 2013 and was sentenced to four years in prison.  The Jharkhand high court, however, granted him regular bail in 2018.