The menu of the Balika Bani Mandir, Locket found that over 400 students were supposed to get soybean curry, boiled rice, dal. 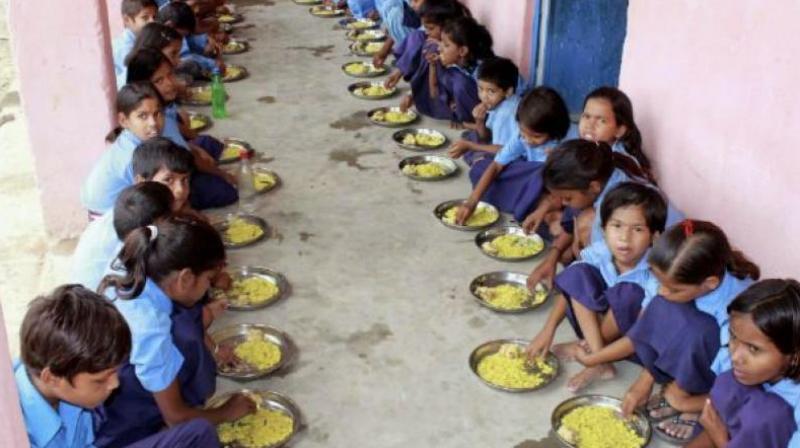 She even alleged that nearly 257 sacks of rice are missing while 5,000 eggs worth Rs 25,000 were purchased but never served to the students. (Photo: Representative)

Kolkata: In a visit to a Chinsurah school in Hooghly on Monday, BJP MP Locket Chatterjee was in for a surprise when she found that only salt and boiled rice was being served to nearly 400 students as a mid-day meal.

When she checked the menu of the Balika Bani Mandir in Ghatakpara district, Locket found that over 400 students were supposed to get soybean curry, boiled rice and dal. But instead, were served only boiled rice and salt, reported News18.

Speaking to media persons, Locket said, “For the last few months, I have been receiving complaints regarding mid-day meal scam in this school. Today, I decided to pay a surprise visit. I was shocked to see that school students were having only boiled rice with salt. It is not only shameful but also condemnable.”

She even alleged that nearly 257 sacks of rice are missing while 5,000 eggs worth Rs 25,000 were purchased but never served to the students. “Our Chief Minister Mamata Banerjee is boasting about the ‘Kanyashree’ project but the ground reality is her party leaders are knee-deep in corruption and looting money and ration meant for mid-day meal,” she added.

According to News18 BJP MP Locket Chatterjee demanded a high-level inquiry into the matter and said that stern action should be taken against those involved in the scam. Even in a conversation with the students, they said that they are often served boiled rice and salt and hence they preferred not to have lunch in schools.

When contacted Chairman of Hooghly-Chinsurah Municipality, Gouri Kanta Mukherjee, he said, “All the allegation are baseless and it is a conspiracy against us. I will inquire about the matter and will summon four teachers who were given the responsibility of mid-day meal.”

The Mid-day Meal Scheme is a school meal programme of the Government of India. Under this scheme, free lunches were provided to children in primary and upper primary classes in government, government aided schools. The scheme was launched in 1995 and it is covered under the National Food Security Act, 2013.