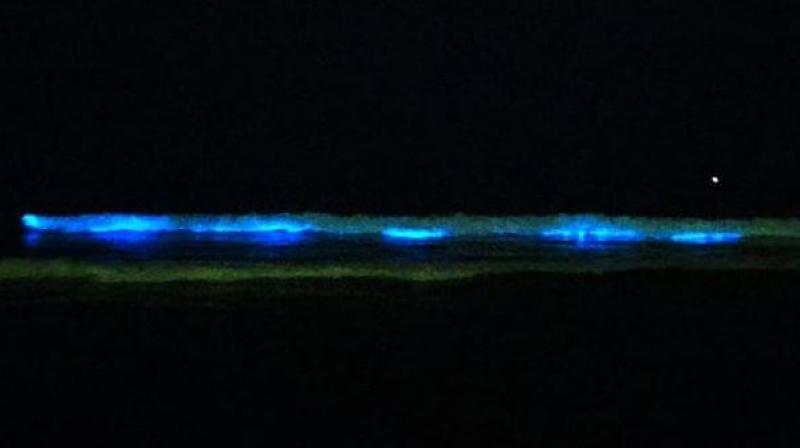 According to marine experts, the blue glow in water is known as bioluminescence. (Photo: Twitter)

According to marine experts, the blue glow in water is known as bioluminescence. The phenomenon is caused by Noctiluca scintillans algae, a type of phytoplankton that converts their chemical energy into light energy when washed ashore. It is commonly known as sea tinkle.

Here are some pictures and videos posted by visitors of the blue waves in the Chennai beach on their social media.

I VERY rarely miss a flight... Did yesterday and thus was lucky to catch this tonight 😍😍😍 #ChennaiSeaSparkle #SeaSparkle pic.twitter.com/MBOpdvxZUX

When I was moving to this beautiful city 4 years ago, the only promise I made to myself was that I would always live by the beach.
Tonight was the best validation I could have received for this choice ❤️ pic.twitter.com/S4H1PDxqvZ

Thanks for the tip-off Sundar 🙌 we ran to the #OliveBeach and saw our first ever Bioluminescence 😍😍😍 simply electric!! #Chennai https://t.co/r4ecUkqUZw pic.twitter.com/8jWm3Rgp0p