The Pakistani terrorist named Danish was killed in the encounter on Wednesday. 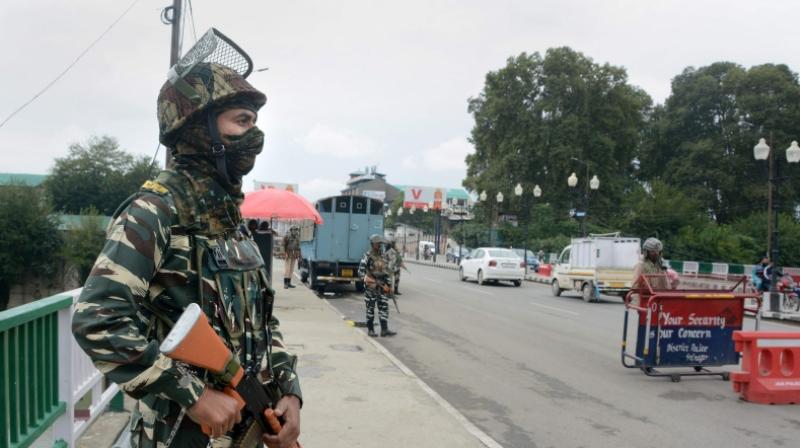 Srinagar: A militant who was killed in an encounter in Jammu and Kashmir's Kupwara district along with a top Lashkar-e-Toiba (LeT) commander was identified as a Pakistani ultra, police on Thursday said.

They said the Pakistani terrorist named Danish was killed in the encounter on Wednesday.

Inspector General of Police (IGP) Kashmir Vijay Kumar said the killing of the two militants was a big achievement for the security forces.

He said an AK-47 rifle, which was snatched from a CRPF jawan after the attack at Vangam Handwara on May 4, was recovered from Lone. This proved his involvement in the killing of the three CRPF jawans, he said on Thursday.

Killing of Lone and Danish is a big achievement for the forces, the IGP Kashmir said.

The Kashmir Zone Police on its official Twitter page uploaded a CCTV grab purportedly showing Lone firing on CRPF jawans at Aahad Baba Chowk in Sopore on April 18. The police wrote "justice done" on August 19 in the tweet.

The encounter at Ganipora Kralgund area of Handwara in north Kashmir's Kupwara district started after security forces cordoned off the area and launched a search operation.

The encounter was the second such operation on Wednesday. Earlier in the day, security forces killed two militants in Shopian district in south Kashmir.