Naidu said that the citizens of Andhra Pradesh can now ride the wave of technology and use mobile to register their complaints. 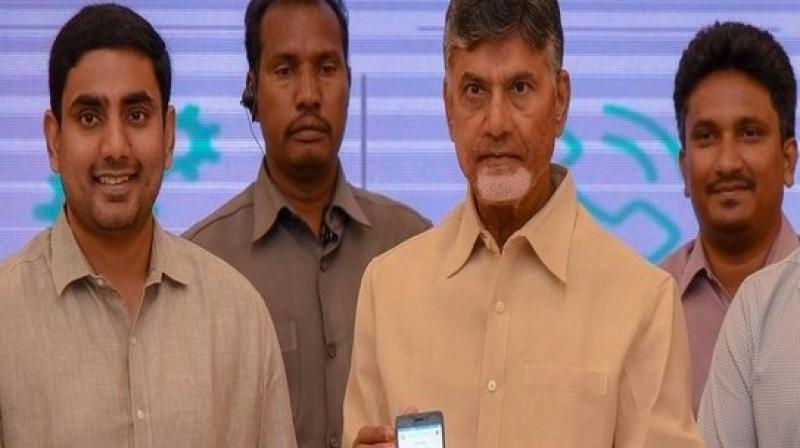 Chairing a Collectors' Conference, Chandrababu Naidu said that under this application, people of Andhra Pradesh can dial 1100 to register complaints about government services and schemes. (Photo: ANI)

Chairing a Collectors' Conference, Chandrababu Naidu said that under this application, people of Andhra Pradesh can dial 1100 to register complaints about government services and schemes.

Naidu said that the citizens of Andhra Pradesh can now ride the wave of technology and use the medium of mobile to register their complaints.

"The app will keep the citizens updated with the latest schemes and services of the government and the users will also be able to use the app for registering their complaints. The registered complaints will be addressed as soon as possible and selected complaints will be directly monitored by the chief minister himself," he added.

Appreciating and praising efforts of the government officials during the Collectors' conference, Naidu said that the state has achieved a growth rate of 11.72 per cent.

Talking about the Chandranna Bima Scheme (CBS), Naidu said since October 2, the scheme will be increased to 2 lakhs to those who die within 50 years.

Naidu said that Collectors' Conference is government's means to assess the progress of the state, like a progress report card, it helps the government to work on the shortcomings and future plans.

Urging the officials to work towards Horticulture, Fisheries, Live stock, Naidu said there is a huge scope to increase people's income in the state.

"We must explore the usage of technology in agriculture sector.We are working on river integration projects to resolve water related problems, also optimally utilising smart energy like solar and wind energy to ensure self sustainability in villages. Electricity prices are also reduced with this approach," he added.

He further said that Partner Summit 2017 has helped the state gain attention from investors, globally who have shown keen interest in investment opportunities in Andhra Pradesh.

"We are adopting best practices in the world and our success is dedicated to these methods. Every department must be accountable as now we have everything going online, latest technological interventions are being made to ensure efficiency. All the departments must resolve their legal problems coming in the way of effective implementation," he added.