“The skirmishes have led to frequent migration by the border-dwellers resulting into a life of pitiable conditions,” she said. 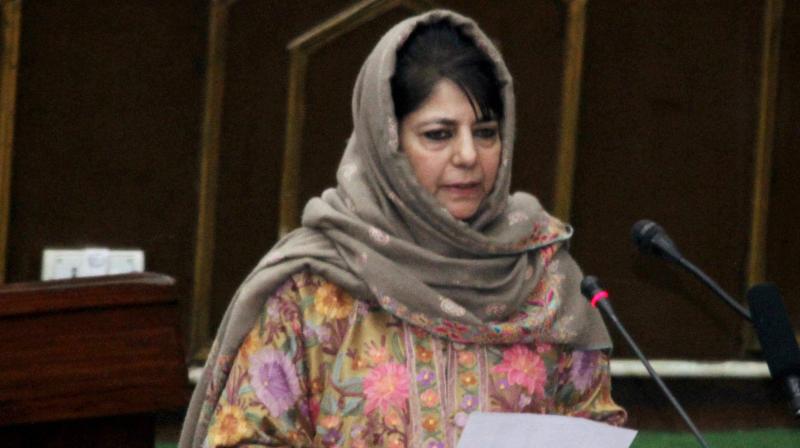 Srinagar:Jammu and Kashmir Chief Minister, Mehbooba Mufti, on Tuesday seized her visit to an area close to Line of Control (LoC) to make an appeal to India and Pakistan to end hostility.

“The active hostilities on the borders between the two neighbours must come to an end now. It is the people of Jammu and Kashmir who bear the brunt of these skirmishes,” she said while addressing a rally at Tanghdar close to the de facto border in Kupwara district.

She urged the leadership of both the countries to work towards maintaining peace along the borders. She reiterated that the people of Jammu and Kashmir have been the worst victims of the hostility between the two countries as it has resulted into killing and injuring people, dislocations and damages to the property on both the sides. “The skirmishes have led to frequent migration by the border-dwellers resulting into a life of pitiable conditions,” she said.

Also, she asserted that peace in the state and between the two South Asian neighbours holds key to the progress and development in the region. She said. “It is very unfortunate that when people should have been demanding facilities of schools, hospitals, play fields and hospitals, they are forced to seek construction of bunkers to save them from firepower.  It is a point to ponder over as to what have the people achieved from the hostility of seventy years”

She said given their picturesque environs, Tanghdar and Teetwal areas which fall in close proximity of LoC could be developed as major tourist spots which would give local economy a major fillip like it has given to Ladakh tourism.