According to sources, Rabri Devi has been asked to appear before the agency sleuths for questioning here on September 26. 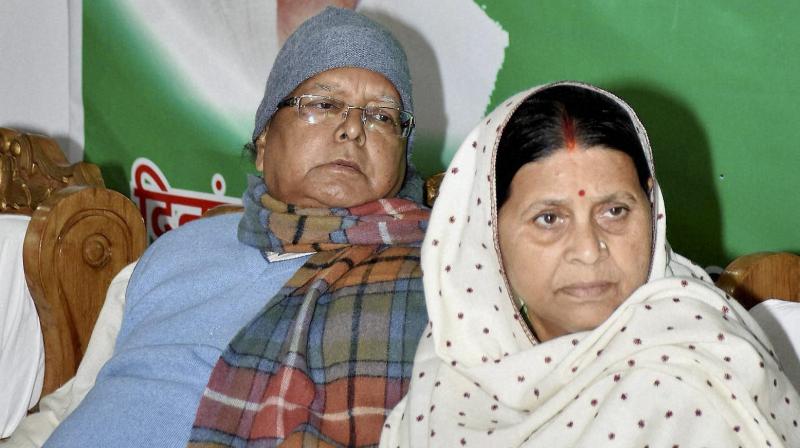 New Delhi: The Enforcement Directorate (ED) on Tuesday issued a notice to former Bihar chief minister Rabri Devi as part of its money laundering probe into the alleged irregularities committed in awarding tenders for development, maintenance and operation of Railway hotels at Ranchi and Puri to a private firm when her husband and RJD chief Lalu Prasad Yadav was the railway minister. Mr Yadav was the railway minister in 2006.

According to sources, Rabri Devi has been asked to appear before the agency sleuths for questioning here on September 26. The ED recently registered a money laundering case against Lalu Prasad Yad-av and his family members, including Rabri Devi, in connection with the case. The ED case was registered under the stringent provisions of the Prevention of Money Laundering Act. The ED took cognisance of a CBI FIR in this regard to initiate the move. Earlier, the CBI had registered a corruption case in this regard and conducted multiple searches against the former Bihar chief minister and others.

According to the CBI, in 2006, Mr Prasad allegedly favoured Sujata Hotels Pvt Ltd, a company owned by two Patna-based businessmen — Vijay Kochhar and Vinay Kochhar, while granting the tender for the maintenance of the two hotels.

“The allegation is that the tender process was rigged and manipulated, and conditions were tweaked to help the private party. In return, a three-acre land in western Patna was given to Delight Marketing, which is known to the family of Prasad, at a very low cost. Subsequently, between 2010 and 2014, this land was further transferred to another company, Lara Projects, owned by Tejashwi and Rabri, for Rs 65 lakh.