She has been booked under charges of criminal conspiracy for inciting violence in Panchkula. 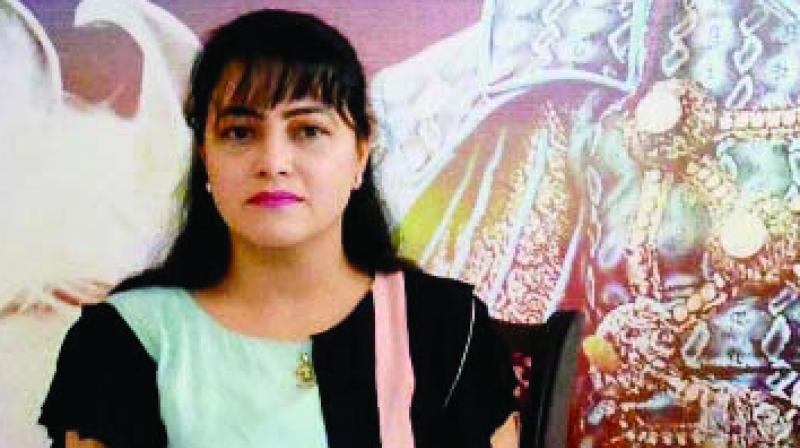 The police have included Honeypreet’s name as an accused in FIR No. 345, registered at the Sector 5 police station, according to Panchkula police commissioner A.S. Chawla.

In the FIR, the police had booked dera spokesperson Aditya Insan and four others for inciting violence on a complaint of a journalist. Now, in the same FIR, the police have included her name as an accused. She has been booked under charges of criminal conspiracy for inciting violence in Panchkula. The police had already issued a lookout notice for her and conducted raids in Haryana, Rajasthan, UP and border areas of India and Nepal.

Honeypreet accompanied the dera chief when he was brought to the special CBI court in Panchkula for the pronouncement of the verdict in the 15-year-old rape case on August 25. Honeypreet was last seen with the dera chief outside the court and in a copter arranged to take Ram Rahim to a jail in Rohtak.

The police has also been questioning arrested dera functionaries, including Dilawar Insan and Pradeep Goyal, to get concrete information about her place of hiding.

Dilawar Insan, a key member of the dera was arrested from Sonipat, while Pradeep, another dera functionary, was nabbed from Udaipur in Rajasthan by the Haryana police.

On Monday, the SIT of the Haryana police questioned Dera Sacha Sauda’s spokesperson Vipassana Insan in Sirsa about the whereabouts of Honeypreet.

The police initiated effo-rts to trace Honeypreet following the questioning of another arrested functionary of the sect.

Surinder Dhiman Insan in connection with an alleged conspiracy to facilitate dera chief’s escape after he was convicted for raping two disciples.