Soon after the release of the video on social media platform -- Facebook, it went viral. 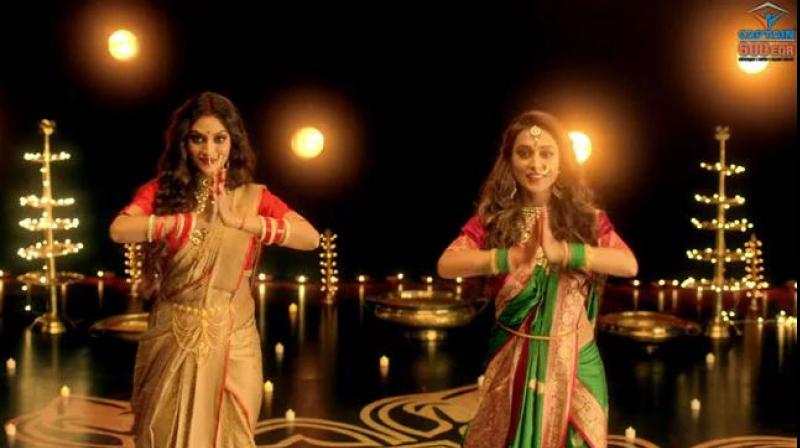 New Delhi: First-time parliamentarians Mimi Chakraborty and Nusrat Jahan were seen doing a classical dance in a video, to pay tribute to Goddess Durga ahead of the festival of Durga Puja.

The festival is widely celebrated in West Bengal and other parts of eastern India to mark the victory of Goddess Durga over the evil demon Mahishasura. The festival honours the powerful female force. It is also called Navratri in some parts of India.

Soon after the release of the video on social media platform -- Facebook, it went viral.

The video has garnered over 1.7 million views on Facebook and over 1.2 million on Youtube since Monday when it was first posted by Captain TMT on Monday.

Nusrat Jahan and Mimi Chakraborty are Trinamool Congress MP from West Bengal. While Nusrat won the Basirhat seat, her party colleague Mimi is an MP from Jadavpur.