The striking RTC staff organised a state-wide bandh on Saturday which was actively supported by all opposition parties. 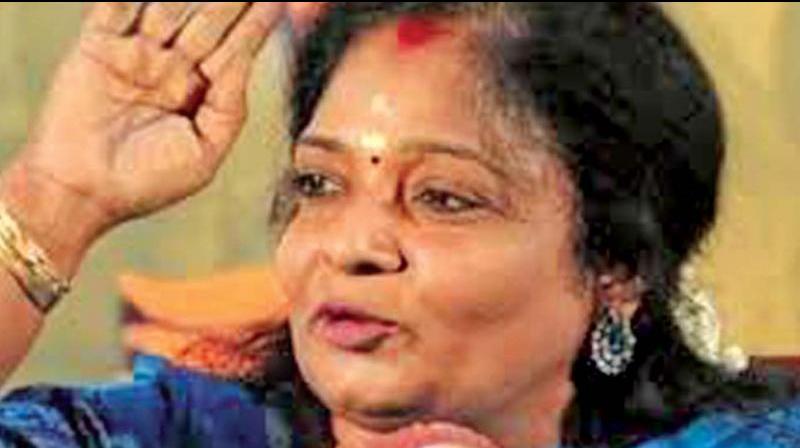 The Governor urged the cab drivers not to put common people to inconvenience. (Photo: File)

Hyderabad: Telangana Governor Tamilisai Soundararajan has appealed to cab drivers to call off their agitation, to avoid inconvenience to common people, as the state-run Road Transport Corporation (RTC) employees are already on strike.

The Governor made the appeal to a delegation of leaders of cab drivers who submitted a representation to her on Saturday, official sources said. Saying that their representation would be forwarded to the government, she asked them to represent through proper channels.

The Governor urged the cab drivers not to put common people to inconvenience, the sources said. The strike by the RTC employees entered the 16th day on Sunday.

The striking RTC staff organised a state-wide bandh on Saturday which was actively supported by all opposition parties, including the Congress, BJP, TDP and the Left, and also students' unions and others.

Different employees and workers unions of TSRTC began the indefinite strike from October 5 on a call given by the JAC, demanding merger of the RTC with the government and recruitment to various posts, among others.

The striking employees, workers of opposition parties and others havebeen organising protests in support of their demands and against the TRS government in the state since then. Ruling out discussions with the agitating unions, the TRS government had saidthe employees stir is illegal as they caused immense inconvenience to public.

The state High Court on Friday last directed the RTC and the employees to sit across the negotiating table and settle all their disputes before October 28.

The Governor on October 17 urged the government and RTC management to take all necessary steps for alternative transport arrangements to avoid inconvenience to common people in view of the strike.