The notice is a result of doubt on the reliability of EVMs and a petition by a member of Jan Chetna Party from Surat. 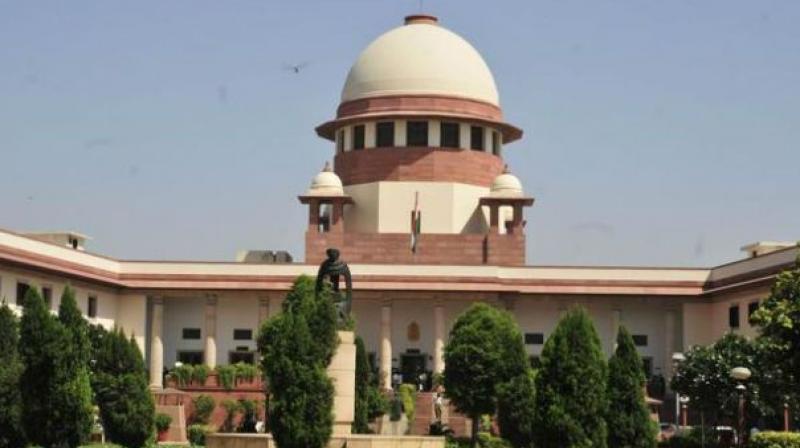 The petitioner has also requested the SC for directions to the authorities to preserve the paper used in VVPAT for at least a period of two years after the election. (Photo: PTI)

New Delhi: The Supreme Court on Monday issued a notice to the Election Commission (EC) and the Union Government after hearing a PIL seeking mandatory counting of the printed paper slips coming from the Voter Verifiable Paper Audit Trail (VVPAT) devices.

A three-judge bench headed by Chief Justice of India (CJI), Dipak Misra, had sought their reply in this regard by Monday.

The VVPAT devices are attached to the Electronic Voting Machines (EVM) during elections.

This demand, if accepted, could turn the vote counting exercise again into the old practice of counting paper ballots.

The insistence on counting of all VVPAT paper-slips is the result of doubt on the reliability of EVMs.

A petitioner from Surat, Manubhai Chavada of Jan Chetna Party (JCP), has challenged the provisions of Rule 56(D)(2) of Conduct of Election Rules.

This rule empowers a returning officer to reject an application for counting of paper slips in the VVPAT dropbox.

The EC has made a provision of counting of paper slips at one polling station only in each of the 182 assembly constituencies in Gujarat.

The PIL has requested the top Court to quash Rule 56 (D)(2) and allow the counting of VVPAT paper slips at all the polling booths.

The petitioner has requested the apex court for directions to the authorities to preserve the paper used in VVPAT for at least a period of two years after the election.

The PIL contends that limiting the counting of VVPAT paper slips to one polling station and that also on demand by contestants, defeats the very purpose of introduction of the technology.

Moreover, this would bring in more transparency in the electoral process.