Prabhu added that this would ensure that airlines are motivated to do better to get the highest ranking. 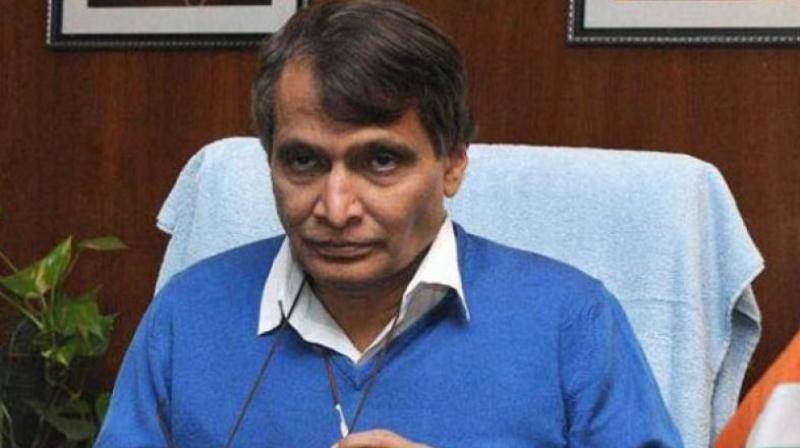 New Delhi: In a major proposal, civil aviation minister Suresh Prabhu has mooted the ranking of airlines in the country in terms of customer feedback and service that they dispense to passengers.

Speaking at an aviation event in the Capital, the minister said comparisons could be drawn between two airlines in terms of their quality of service they offer to passengers. If it materialises, this will be the first time that airlines in the country will be ranked and such a ranking is bound to have a major impact on the business fortunes of the airlines.

Mr. Prabhu said such an assessment could be carried out independently by a department and that based on customer feedback, an airline could be ranked in a “Triple A, Double A or (single) A category”.

He added that this would ensure that airlines are motivated to do better to get the highest ranking.

Mr. Prabhu said, “Any complaint that goes to an airline ... we can make comparisons between the two airlines in terms of quality of service. So, as a Goverment, ... depending on what they dispense we will say that these airlines qualify to AAA category or AA category or A category. That will ensure that all airlines will keep constantly upgrading themselves.”

The civil aviation minister  added, “One of the things that we can do... there is another department ... we can all try to decide these paramaters.  Let them independently look at the updates that they have received and based on those complaints, let them give ranking to the airlines which will motivate all airlines to do better. ... It will be an independent assessment. That will only make sure, it is just a ranking in terms of customer feedback. And the best way to judge a service is a customer himself. We can work on that.”