India   All India  20 Nov 2019  European delegation that toured Kashmir was on 'private visit' to India: Govt
India, All India

European delegation that toured Kashmir was on 'private visit' to India: Govt

Reddy also stated that India's consistent position has been that issues, if any, with Pakistan are discussed only bilaterally. 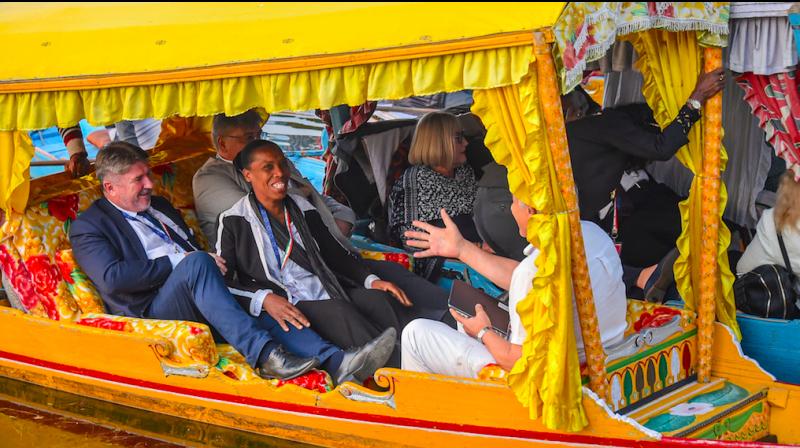 A team of 23 MEPs travelled to Kashmir in October on a two-day visit to have a first-hand assessment of the situation. (Photo: File | PTI)

New Delhi: A group of European parliamentarians who recently visited Kashmir were on a "private visit" to the country, the government informed Parliament on Wednesday.

"The government of Jammu and Kashmir has reported that a group of 27 members of European Parliament (MEPs), who belonged to different political parties including ruling and opposition parties, paid a private visit to India from October 28, 2019 to November 1, 2019 at the invitation of International Institute for Nonaligned Studies, a Delhi based think tank," Union minister of State for Home G Kishan Reddy said in a written statement in Rajya Sabha.

He was responding to a set of questions that sought to know which institution organised and bore expenses of this Kashmir tour and whether the institution that organised it was working as a coordinating institution of the central government.

To another question whether the Union government has "distracted" from its policy of not allowing any external intervention on the Jammu-Kashmir issue, Reddy stated that India's consistent position has been that issues, if any, with Pakistan are discussed only bilaterally.

"There is no scope for any third party role or mediation," the minister said. In the first visit by a foreign delegation, a team of 23 MEPs travelled to Kashmir in October on a two-day visit to have a first-hand assessment of the situation after the state's special status was revoked in August by abrogating Article 370. Of the 27 MPs who came to India, 23 went to Kashmir.