More than 43 lakh cases are pending in 25 high courts in the country and over 8 lakh of these are over a decade old. 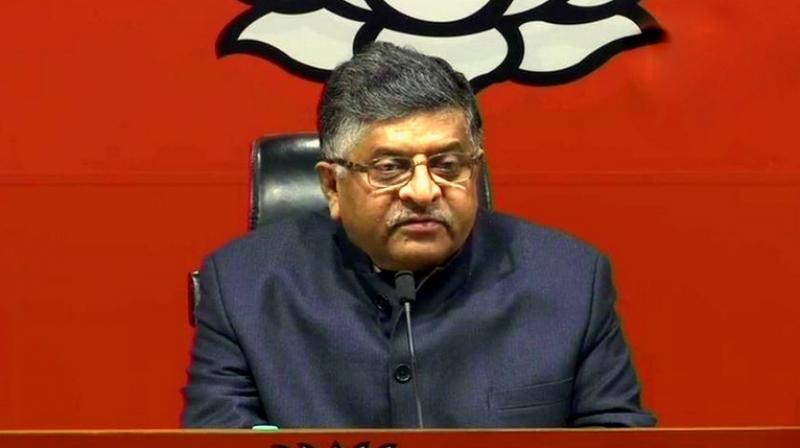 The government has taken various measures to improve the infrastructure of various courts across the country, Prasad said. (Photo: File)

New Delhi: Law Minister Ravi Shankar Prasad on Wednesday said his ministry has requested all high courts to clear 10-year-old cases immediately to bring down the pendency of cases.

The government has taken various measures to improve the infrastructure of various courts across the country so that justice delivery is expedited, he said during Question Hour in Lok Sabha.

The Modi government has already given 50 per cent amount for infrastructure improvement, he said, adding, the National Judicial Database is now in place.

Besides, he said, the government has made 478 appointments in high courts and number of Supreme Court Judges has been increased.

On pendency of cases in various courts, he said, all high courts have been requested to immediately clear civil and criminal cases which are pending for 10 years.

"I would take this opportunity to again request Chief Justice of all high courts to immediately dispose of cases which are pending for 10 years," he said.

More than 43 lakh cases are pending in 25 high courts in the country and over 8 lakh of these are over a decade old.

Prasad also said there is a case for All India Judicial Service but there are reservations expressed by some high courts.

The All-India Judicial Services would ensure that lawyers from marginalised communities get due representation in the lower judiciary, he said.

He said if such a service comes up, it would help create a pool of talented people who could later become part of the higher judiciary.

To a question on setting up of a bench of high court in Western Uttar Pradesh, Prasad said, this has been a demand of UP for long.

There is a set procedure which has to be followed for setting up of bench, he said, adding, Principal High Court has to recommend while infrastructure is provided by the state government.