She has become a social media sensation when a video clip featuring her exploits in YouTube has gone viral. 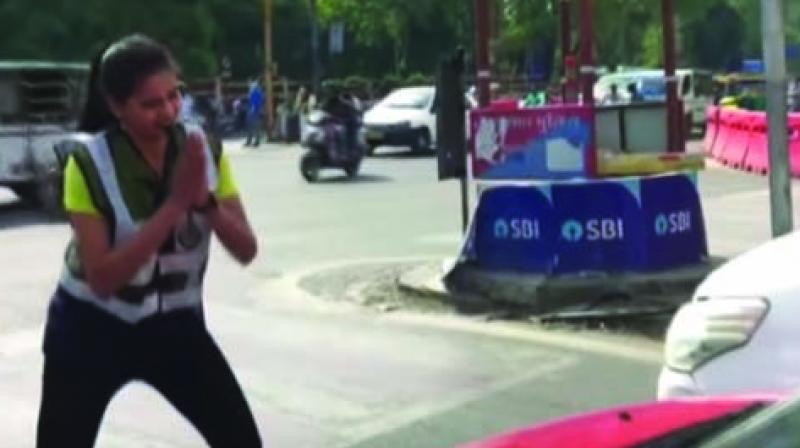 Bhopal: The traffic island of Indore, financial capital of Madhya Pradesh, has produced a new social media sensation, a girl who “loved” to remind the people of hazards of violation of traffic rules with a unique style.

She has become a social media sensation when a video clip featuring her exploits in YouTube has gone viral.

Her dancing moves in busy traffic square of Indore city appear to be leaving positive impact on the people, creating an identity as “Queen of traffic island of Indore” in the city for her.

“I feel elated when people tell me that they have started wearing helmets and seat belts after being reminded by her in the traffic”, Ms Jain told this newspaper on Tuesday.

Ms Jain was inspired by the famous traffic cop of Indore Ranjeet Singh who made headlines in the national and international media for regulating traffic by dancing around.

“Singh sir’s boot is too long to step in. I have a passion to make aware people about traffic rules for their personal security”, the management student, who hailed from city of Bina in MP, said.

She has created her own style of regulating traffic.

“I am a sports woman. Hence, agility comes naturally to my style. It is a mix of break dance and acrobatics”, she describes her distinct style of regulating traffic.