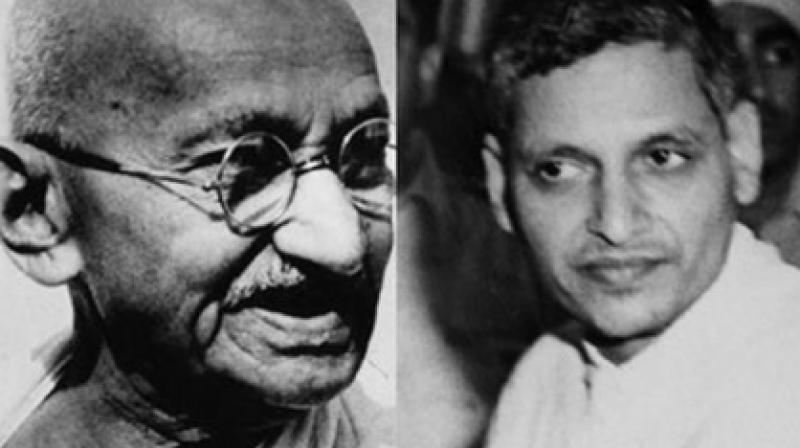 Choudhry, who is also the national president of the Akhil Bharatiya Hindu Mahasaba worshipped Godse's portrait by offering prayers at the Hindu outfit's Daulatganj office.

Along with Choudhry, Mahasabha national spokesperson Nisha Katoch also offered prayers to Godse after they paid tribute to Rani Laxmi bai on her birth anniversary, The Indian Express reported.

Defending Godse, state minister Govind Singh said the Congress government would not let Godse's ideology flourish in the state and would crack down on elements who worship him.

On Saturday, Madhya Pradesh Chief Minister Kamal Nath had ordered the police administration to act tough against the Hindu Mahasabha, saying he won’t tolerate glorification of Godse in the state.

The crackdown had come a day after the Hindu outfit worshipped Godse and co-conspirator Narayan Apte.

Mahasabha's spokesperson, Naresh Batham, on Friday was booked under Section 153-A of the IPC  for distributing leaflets glorifying Godse and holding Gandhi responsible for the Partition.

However, four days after the FIR has been registered against Batham, he remains untraceable.