Gandhi said that his party was not against the idea of a cashless economy, but it could not be forced on people. 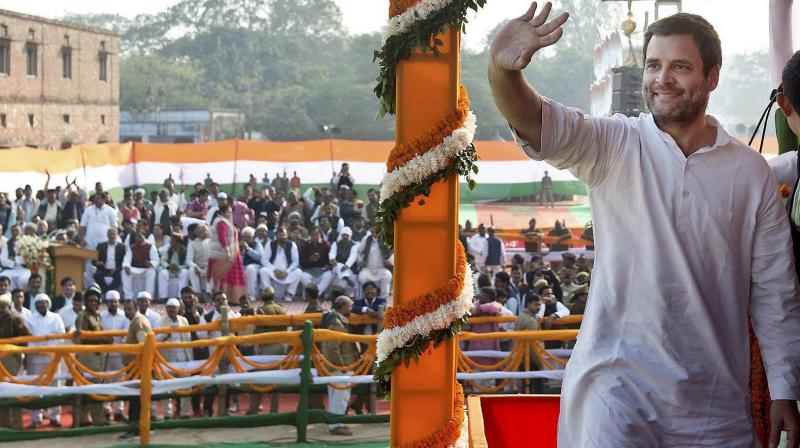 Lucknow/Jaunpur: Congress vice-president Rahul Gandhi said that demonetisation was not a fight against the corrupt, but a “firebombing” of the poor. He was addressing a rally in UP’s Jaunpur on Monday, barely an hour after Prime Minister Narendra Modi spoke at a gathering in the state’s Kanpur and tore into his party.

He alleged that the PM visits the US and China “using” the aircraft of his wealthy “friends”, and has “made fun” of 99 per cent honest people through demonetisation.

“Mr Modi knows that 94 per cent black money is in foreign bank accounts, land, property, and gold …only six per cent is in cash. Why then did he go only after the six per cent? He has a list of Swiss Bank account-holders, but he won’t make it public,” Mr Gandhi said.

The Congress leader claimed last week that there would be an earthquake if he was allowed to speak in Parliament, and that he had information about “personal corruption” charges against the PM. But Mr Gandhi did not gave any detail, and even met the PM shortly after making the allegations.

The Congress leader claimed at the rally that the PM’s aim was to keep 99 per cent of people’s money in banks to waive off loans of a chosen few. He said that right before the demonetisation decision, around Rs 6 lakh crores had been deposited in Indian banks, hinting at effort to save black money.

This was Mr Gandhi’s first rally in poll-bound Uttar Pradesh after the Winter Session of Parliament was washed out over demonetisation.

He said that the Congress fully supported any drive against corruption and black money, but added that it needed to be understood that all cash is not black and all black money is not in cash.

Mr Gandhi said that his party was not against the idea of a cashless economy, but it could not be forced on people.

Interestingly, at the rally, when some workers shouted slogans against PM Modi, Mr Gandhi asked them to desist from making personal attacks. “Our fight against Narendra Modi is political, please don’t raise ‘murdabad’ slogans against him... Such language is used by fascists and RSS, not Congress,” he told them.