Earlier, Dhinakaran had said he would provide the video for enquiry but it will not be released publicly to maintain her dignity. 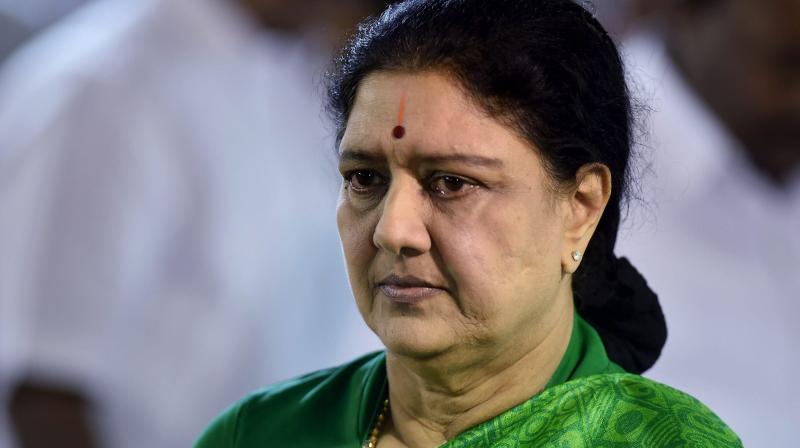 The video, shot after Amma was shifted from the ICU into the VIP ward, showed her watching TV, Dhinakaran said. (Photo: ANI/Twitter)

The video was released a day before by-election in RK Nagar constituency in Chennai.

Meanwhile, the Election Commission issued a notice asking all the TV channels and newspapers to take down and stop further telecast of the video that may directly or indirectly have any impact in the forthcoming RK Nagar by-poll. It has also requested to prevent any discussion relating thereto adhering to the model code conduct.

You are requested to stop any further telecast of this video that may directly/indirectly have any impact in the forthcoming elections (#RKNagarBypoll) or any discussion relating thereto adhering to MCC: EC to TV Channels & Newspapers on video of Jayalalithaa at Apollo Hospital pic.twitter.com/TWFpKHBw4k

Dhinakaran had in September claimed he has a video of Jayalalithaa watching TV while she was admitted to Apollo Hospital for treatment. He had claimed that the video was shot by his aunt VK Sasikala, who is currently lodged in Bengaluru jail in a disproportionate assets case.

The video, shot after Amma was shifted from the ICU into the VIP ward, showed her watching TV, he had said.

Dhinakaran had then said he would produce the video as 'evidence' to any inquiry commission or agency probing her death. It was not released in order to protect her dignity she was dressed in a nightie, Dhinakaran had said.

He said Jayalalithaa was always conscious about her image and maintained dignity in public life, so much so, she would never allow herself to be seen by outsiders when she was in informal attire such as a night gown.

The bypoll to the Dr Radhakrishnan Nagar – famously known as RK Nagar – once held by late Jayalalithaa, will be held on Thursday. The votes will be counted on Sunday.

This by-election has turned into a triangular contest with ruling AIADMK’s E Madhusudhanan, rival faction's Dhinakaran and DMK’s N Marudhu Ganesh in fray for the seat.

Dhinakaran, who fell out of favour with Palanisamy and also lost the battle for party’s Two Leaves symbol to the latter, is fighting as an independent and has expressed confidence that he can spring a surprise against Madhusudhanan as well as the DMK.