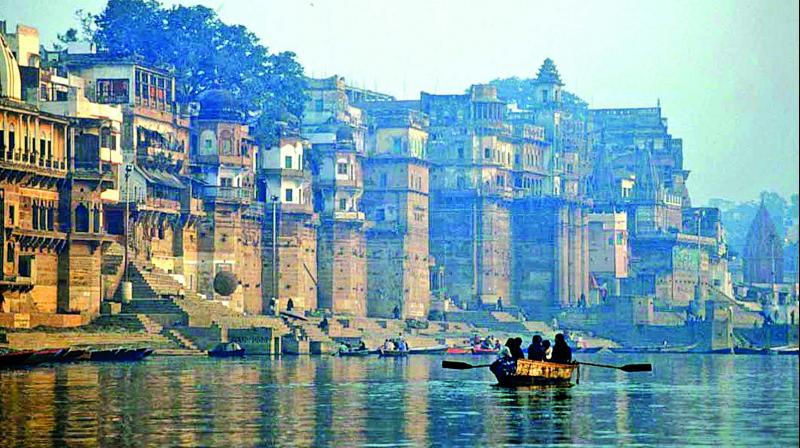 Also the monitoring bodies and committees like governing body and high level task force and even the empowered task force did not meet as frequently as was required.

New Delhi: Despite Prime Minister Narendra Modi having taken personal interest in undertaking the long unfulfilled aim of cleaning the river Ganga and even created a separate National Mission for Clean Ganga under the supervision of the Water Resources Ministry, the Comptroller and Auditor General (CAG) has pulled up the mission for using only up to 60 per cent of funds between 2014-15 and 2016-17. In fact funds amounting to more than Rs 2,500 crore was lying unused with the Mission and several other Central PSUs as on March 31, 2017.

Moreover a corpus of Rs 198 crore (till March 31, 2017) was available with the Mission, yet it could not utilise any of it and the entire amount was lying in banks due to non-finalisation of action plan, it noted further in a report which was presented in Parliament on Tuesday.

The CAG also criticised the Ganga Mission on its failure to finalise long-term action plans for cleaning the river even more than six years after entering into an agreement with a consortium of IITs for the purpose.

The auditor noted that owing to the lack of action on the aforementioned aspect, the National Mission for Clean Ganga does not have a river basin management plan even eight years after a notification on the National Ganga River Basin Authority, had lapsed.

In its report on 'Rejuvenation of River Ganga, which was laid in Parliament, the national auditor also said that the Mission’s work on setting up Sewage Treatment Plants (STPs) was running way behind schedule and out of the 46 STPs, 26 projects were facing delays.

Even on the issue of construction of individual household latrines, a key focus of the Modi Government, the auditor critically noted that except for Uttarakhand, the other four states like Uttar Pradesh, Bihar, Jharkhand and West Bengal (all of which fall in the route of river Ganga) could not achieve the target of construction of 100 per cent individual latrines as on March 31, 2017.

Also against the total funds of Rs 951 crore released by the Clean Ganga Mission as well as state governments for construction of individual household latrines and solid waste management, all the aforementioned four states and also Uttarakhand, could use up to Rs 490 crore only.

The report also observed that there was an overall shortage of manpower of up to 65 per cent between 2014-15 and 2016-17 in the Mission. Also the monitoring bodies and committees like governing body and high level task force and even the empowered task force did not meet as frequently as was required.