Zaira Wasim hits out at Vijay Goel for hijab tweet

@VijayGoelBJP Sir, with all respect to you, I feel I must disagree. I request you not to connect me to such a discourteous depiction. 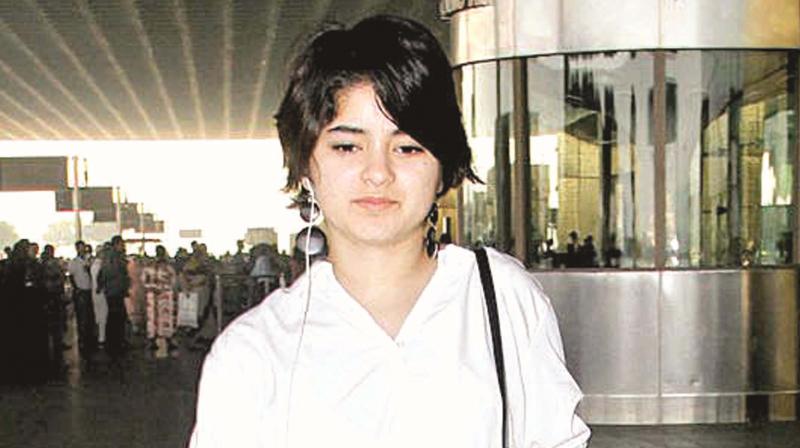 On Friday, a group of youth outside Srinagar’s Grand Mosque were seen carrying posters with a photograph showing Ms Wasim with Jammu and Kashmir chief minister Mehbooba Mufti that carried the slogan: “Justice with you is to kill you”.

Another read, “Dear Zaira, we don’t disrespect you… but the pride and role model of Kashmir is sister Insha”.

Insha Malik is a 14-year-old girl from Shopian who was blinded by pellets during last year’s Kashmir unrest.

The areas surrounding Jamia Masjid, north-western Sopore and some parts of the Valley saw protests during a shutdown called by separatists Friday.

Earlier during the day, Ms Wasim took on Union sports minister Vijay Goel after he sought to draw comparison between a burkha-clad woman’s painting and her.

She said she should not be connected with such a “discourteous depiction”. Mr Goel in a tweet had said, “This painting tells a story similar to @zairawasim. Our girls are breaking out from cages and moving ahead. More power to our daughters!”

Ms Wasim, 16, replied, “@VijayGoelBJP Sir, with all respect to you, I feel I must disagree. I request you not to connect me to such a discourteous depiction”. In another tweet, she said the story depicted through this painting was “not even remotely relevant to mine”. In yet another tweet she said that women in hijab are “beautiful and free”.

Mr Goel while defending himself twitted, “You have interpreted wrong. I appreciated your work and stated that evil and patriarchal notions must be discouraged”.

He added, “I’m afraid you still haven’t understood. But I wish you all the very best and appreciate your work. Hope to meet & interact too.”

Last Monday, Ms Wasim apologised on Facebook for meeting with the chief minister after she was trolled.