India   All India  21 Jan 2018  Labourers of BRO seek dignity in life and death
India, All India

Labourers of BRO seek dignity in life and death

At least 12 of labourers die due to accidents every year while building roads in dangerous territories. 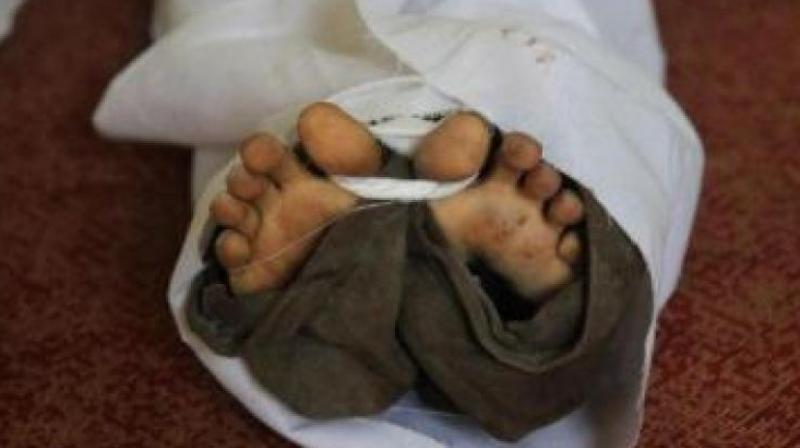 New Delhi: At least 12 of labourers die due to accidents every year while building roads in dangerous territories whether it is in the dizzying mountainous heights and oxygen-depleted air near the Indo-China border in Sikkim and Arunachal Pradesh or in the militant-infested jungles of Manipur. These casual labourers employed by the Border Roads Organisation (BRO) number about 50,000 just in the Northeast with half of them being women.

“Even the dead are not treated with dignity. In many cases, they are disposed of as unclaimed bodies without informing the next of kin. We have been running from pillar to post since 2009. It all seems to have fallen on deaf ears,” said Leki Tsering, president of the BRO Labourers Union, NE Region.

Castigating the inhuman conditions, a CAG report submitted to Parliament last year said: “The death of 21 GREF officers/personnel (General Reserve Engineer Force) and 48 casual paid laboureres deployed in ICBR (Indo China Border Roads), working from April 2012 to March 2016 in military transport accident/work site accidents, clearly indicate the tough and hazardous working conditions.” A civilian force, the GREF is the parent cadre of the BRO which is under the defence ministry. In these remote locations, many of them are at 14,000 feet, the families of these labourers live in structures made of flattened sheets made from drums containing bitumen used for black-topping the roads.

“Even the future looks bleak. As families live in these locations and children do not have access to educational facilities, they too are condemned to live the same life we have led—to be casual paid labourers earning a paltry `360-`420 a day,” says Tsering. What the labourers demand seems what is usually taken for granted—maternity benefits, implementation of labour laws, toilet facilities, entitlements to social security schemes like provident fund just to name a few.

Taking up their case on the exclusion of PF benefits, on November 1, 2017, the Employees Provident Fund Organisation (EPFO) had written to the Director General, BRO. The letter said: “The main reason for non-extension of PF benefits is the non-availability of budget provisions to pay the employer share of PF contributions…You are therefore requested to take necessary action in the matter so that the large number of workers engaged by BRO in NE region are provided social security benefits.” BRO has been stepping up its border road construction activity in the NE near the border with China where 61 roads totalling 3,417 km have been identified as strategic Indo-China Border Roads (ICBR).

“Even though we are engaged in building critically important roads along the border, all we seek is to carry on our work and live with dignity,” said Krishna Bora, another BRO labour leader.