DSP Singh had 24x7 armed security posted at his residence

Davinder Singh was the only DSP who could boast about security cover at his residence as well. 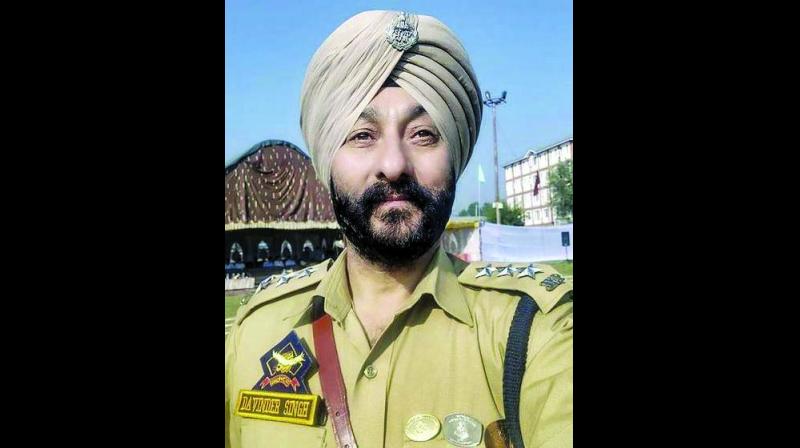 Hyderabad: He was perhaps the only deputy superintendent of police (DSP) in the whole of Jammu and Kashmir who had the privilege of having armed security personnel posted at his residence, 24x7. For a brief while, when the security cover at his residence was removed, as DSP rank officials are not entitled to it, the now disgraced DSP Davinder Singh — who always had his way in the J&K police — got the security cover back, leaving quite a few senior IPS officials in J&K red faced.

Though he cited threats from terrorists as the reason for security at his residence, it was in the company of most wanted terrorists, including Hizbul Mujahideen’s top commander Naveed Ahmed Shah alias Babu, that Davinder Singh was finally nabbed at Qazigund on January 11. His long association with terrorists is being probed by the National Investigation Agency (NIA).

Highly placed sources in J&K police told this newspaper that Davinder Singh, who already had two Personal Security Officers (PSO) attached to him, covering him round the clock,  managed to get himself four armed personnel drawn from J&K police posted at his residence in Srinagar — something no DSP rank official was ever given. The security was in place for the last six years. He had cited “heightened threat” to his life from militants as he had worked in the Special Operations Group (SOG) for a long time and participated in anti-terror operations during which he suffered a bullet injury on one occasion.

In J&K, several police personnel had worked in the SOG and had participated in many anti-terror operations but they had only been given PSOs for their protection. Davinder Singh was the only DSP who could boast about security cover at his residence as well.

Interestingly, sources said that more than a threat due to massive operations undertaken by him, it was the constant fear that he could be attacked by militants due to his shady dealings with them that led him to seek and get additional security at his residence.

“He feared that at some point, militants might target him due to his financial dealings with them. He had a deep nexus with several terrorists and perhaps their handlers across the border,” the sources said, adding that in such murky dealings, money disputes always arise.

However, about two years ago, when the then Additional DGP (Armed) Munir Ahmed Khan learnt that four security personnel were posted at Davinder Singh’s residence, he took strong objection to it.

Upset over this, Mr Singh approached other senior officials and argued his case for requiring security at his residence.

Days later, he got what he wanted. The four-member security personnel were back at his house, protecting him and his family members round-the-clock.

It is learnt that soon after his arrest along with Naveed Shah on January 11, all the security guards posted at his residence were questioned by J&K police and also the NIA to know more about the visitors to Davinder’s house. It is not immediately known if they revealed anything about terrorists visiting the disgraced DSP’s house.