Justin Trudeau on Wednesday sought to dispel perceptions his administration is too close to Sikh separatists, officials said, 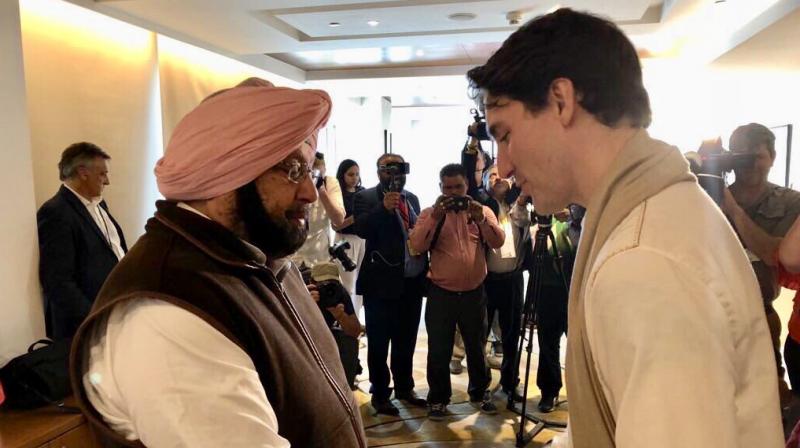 Amritsar: Canadian Prime Minister Justin Trudeau on Wednesday sought to dispel perceptions his administration is too close to Sikh separatists, officials said, a controversy that has overshadowed his trip to India.

Trudeau's visit has been dogged by claims he has been snubbed by Prime Minister Narendra Modi, who has been notably absent since his Canadian counterpart touched down in India on Saturday evening.

Indian and Canadian media said Modi has sidestepped Trudeau over his administration's perceived support for Sikh separatists, who want a independent state of Khalistan carved out of Punjab.

Canada is home to roughly half a million Sikhs and Trudeau's administration has been accused of being too cosy with those who appear to back Sikh groups calling for independence.

Trudeau particularly riled New Delhi in 2017 when he attended a parade in Canada at which Sikh militants were feted as heroes.

The prime minister on Wednesday visited the Golden Temple in Amritsar -- the holiest site in Sikhism.

He also met Punjab Chief Minister Amarinder Singh, who said Trudeau offered his "categorical assurance" that Canada did not sympathise the separatist movement.

"His words are a big relief to all of us here in India and we look forward to his government's support in tackling fringe separatist elements," Singh posted on Twitter alongside photos of him shaking hands with Trudeau's youngest son Hadrien.

Trudeau's defence minister Harjit Sajjan, a Sikh, also joined the meeting with the chief minister. Singh in 2017 refused to meet him, describing Sajjan as a "Khalistani sympathiser".

There is speculation that Trudeau is being given the cold shoulder by New Delhi.

Modi often meets heads of government at the airport with bear hugs and cheerful photo-ops, but a junior minister was rolled out to meet Trudeau and his family.

District officials greeted the family at the Taj Mahal and in Modi's home state of Gujarat, where Israeli Prime Minister Benjamin Netanyahu was last month personally escorted by the Indian leader.

Modi, who has 40.4 million Twitter followers, has also yet to tweet a welcome message to Trudeau as is his custom for other leaders.

Modi and Trudeau are scheduled to meet on Friday in New Delhi.