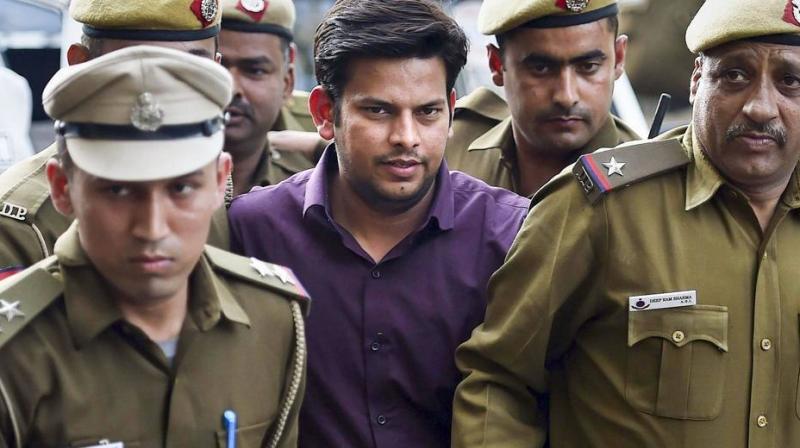 New Delhi: A Delhi court on Wednesday sent the two MLAs arrested in connection with the alleged assault on Delhi Chief Secretary Anshu Prakash, to judicial custody till Thursday when their bail plea will be taken up.

It dismissed the police's plea for custodial interrogation of AAP MLAs stating the two legislators were ready to cooperate and join the investigation.

In its order, the court recorded the submission of the defence counsel that medical examination (MLC) was conducted on Prakash after the lodging of the FIR and nothing was to be recovered from the MLAs. It also noted that the MLAs were ready to cooperate and join investigation whenever required.

During the hearing, public prosecutor Atul Shrivastava had sought two days police custody of both the MLAs saying they had committed a serious crime of assaulting and humiliating the senior-most officer of the state.

Prakash Jarwal was arrested on Wednesday morning in connection with the scuffle. He was earlier picked up from his house at Deoli and detained on Tuesday night.

Meanwhile, second AAP MLA Amanatullah Khan was detained by the Delhi police on Wednesday around afternoon.

Anshu Prakash had claimed that he was assaulted by AAP MLAs Amantullah Khan and others during a meeting at the Chief Minister's residence on Monday.

The Delhi High Court, earlier on Wednesday, refused to entertain plea for judicial intervention into the alleged assault of Anshu Prakash by AAP legislator Prakash Jarwal at the chief minister's residence.