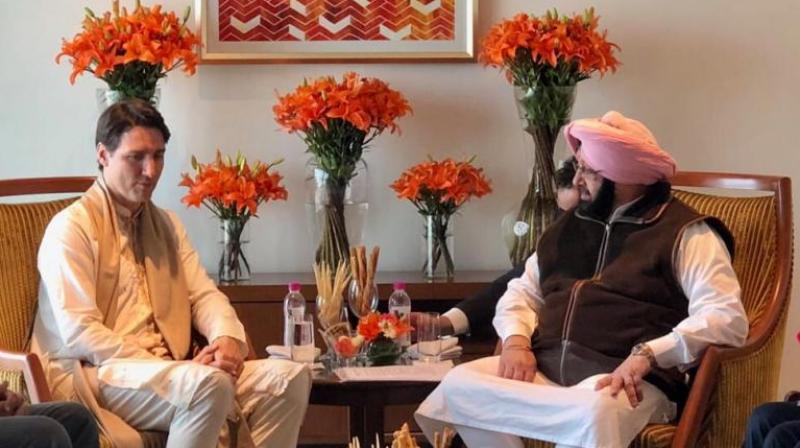 Chief Minister Amarinder Singh said he took up the issue of Khalistan and its funding during the meet.

“I raised the issue of Khalistan, as money has been flowing in from various countries including Canada,” Amarinder said.

Singh further said that he also took up militancy concerns with the Canadian prime minister adding that Trudeau had assured of looking into the matter.

According to reports, the Punjab Chief Minister also interacted with other members of the Canadian cabinet, including three Sikh ministers.

On Monday, Amarinder had confirmed that he will meet the Canadian Prime Minister and was hopeful that the meeting would strengthen the "close Indo-Canadian business ties as well as the deep-rooted people-to-people relations."

The Chief Minister had earlier refused to meet Trudeau, claiming the Canadian Prime Minister's cabinet members were connected and supported the formation of Khalistan, a separate Sikh state movement.

Punjab Minister Navjot Singh Siddhu, earlier on Wednesday, told news agency ANI, "The 20-minute meeting between Punjab CM Capt Amarinder Singh and Canadian PM Justin Trudeau can take Punjab 20 years ahead. This visit will strengthen India and Canada relations, it is a mutual symbiosis which can transform both the countries."

Trudeau and a delegation of Canadian ministers and MPs were received at the Amritsar international airport on Wednesday by Union minister of state (Independent Charge) for Housing and Urban Affairs, Hardeep Singh Puri and Punjab Cultural Affairs and Tourism Minister Navjot Singh Sidhu.

Trudeau paid obeisance at the Golden Temple, the holiest of Sikh shrines, during his about an hour-long stay in Amritsar. 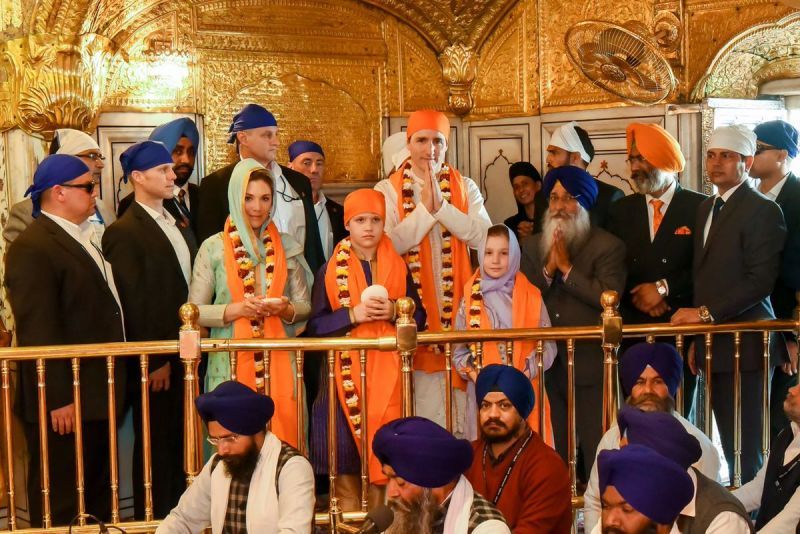 The SGPC, the apex religious body of the Sikhs presented him with a Siropa (robe of honour), a gold-plated replica of the Golden Temple, shawl, gold plated-kirpan (ceremonial dagger) and religious books.

Trudeau is on a week-long visit to India. He is accompanied by wife Sophie Gregoire Trudeau and three children -Ella-Grace, Xavier and Hadrien.